According to him, he mistakenly sent N500,000 instead N5,000 to the lady identified as Ngozi Cynthia Aleke, who is a friend to one of his friends.
ADVERTISING

They pleaded with her to return the money, which she initially agreed to but she later went ahead to withdraw the money and blocked them from reaching her.Ray who took to Facebook to call her out, sharing her pictures and an alleged chat between them wrote,“Please whoever that knows this girl should beg her to return my 500k. This is why some people finds it difficult to get help these days, this girl begged my friend to help her with #5,000 to sort out some issues, my friend then asked me to help him cos his bank app is nolonger working, on the process i mistakenly transferred #500,000 to her instead of #5000.On realizing the mistake, my friend called her for a refund which she agreed but latter went to withdrew all the money via POS that same night and even blocked her friend’s number and mine from reaching her.”. 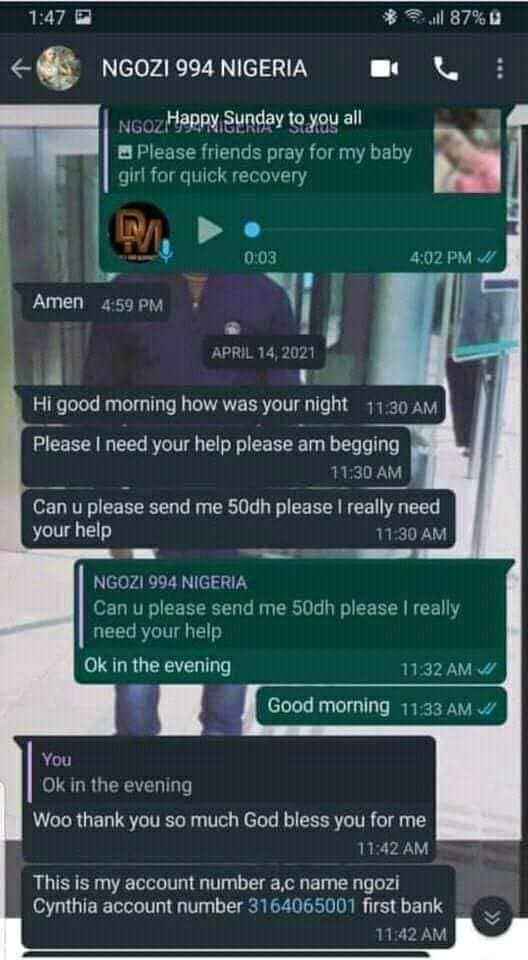 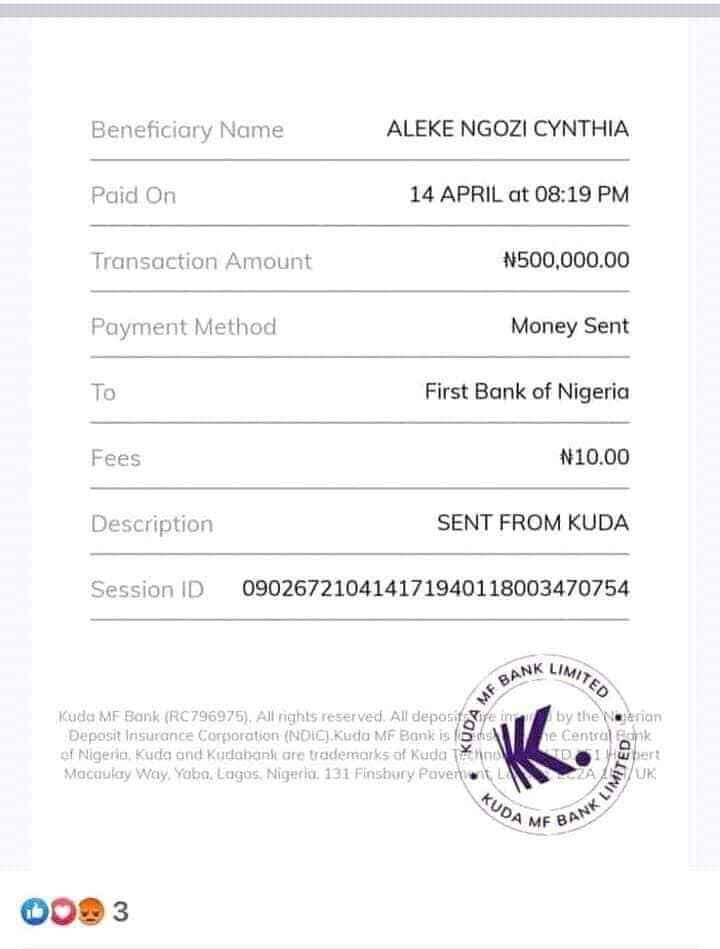 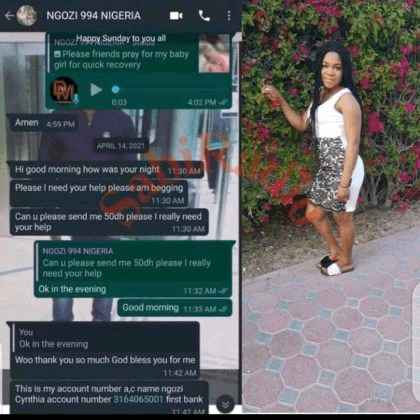 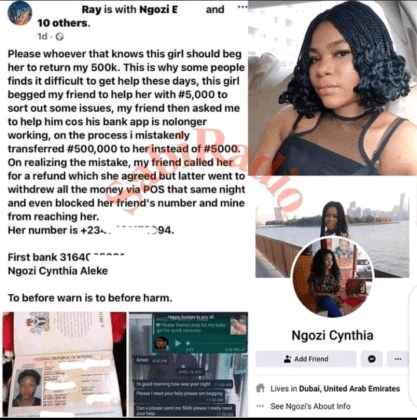