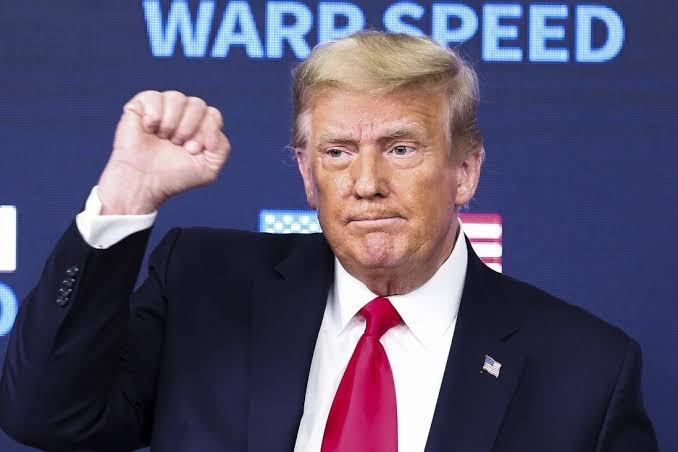 US President Donald Trump, has reversed his initial plans to first give senior administration officials the newly approved covid-19 vaccine as early this week

The first shipments of the Pfizer vaccine were flown out around the country over the weekend and senior administration staffers announced last week they would be among those vaccinated first, drawing widespread criticism from Democrats who feel the aged and medical services personnel should first be vaccinated.

Officials said earlier on Sunday, that doses of the vaccine would be made available to those who work in close quarters with the nation’s leaders, to prevent Covid-19 spreading in the White House and other critical facilities.

“The American people should have confidence that they are receiving the same safe and effective vaccine as senior officials of the United States government on the advice of public health professionals and national security leadership.”

Donald Trump on Monday, December 14, rowed back, tweeting: “People working in the White House should receive the vaccine somewhat later in the programme, unless specifically necessary. I have asked that this adjustment be made.”

“I am not scheduled to take the vaccine,” Trump added, “but look forward to doing so at the appropriate time.”

Got a story? If you’ve got a celebrity story, video or pictures get in touch with the Dailynaijamode.com entertainment team by emailing us celebritygists@dailynaijamode.com - we’d love to hear from you.
Facebook
Twitter
Pinterest
WhatsApp
Previous articleGoogle services in multiple countries go down in apparent outage
Next articleIPOB launches security outfit for south-east and south-south