While the world is busy discussing about President Donald Trump who has just been impeached by the House of Representatives of the United States of America, Nigerian singer, Davido, cares less and has taken to his social media page to talk about his son, Ifeanyi, officially becoming a US citizen.

HE welcomed a bouncing baby boy with his fiancee Chioma on the 20th of October 2019. He took to his social media pages to share the great news with his fans.

Two months after, Davido has taken to instagram to reveal that Ifeanyi is officially a citizen of the United States of America. 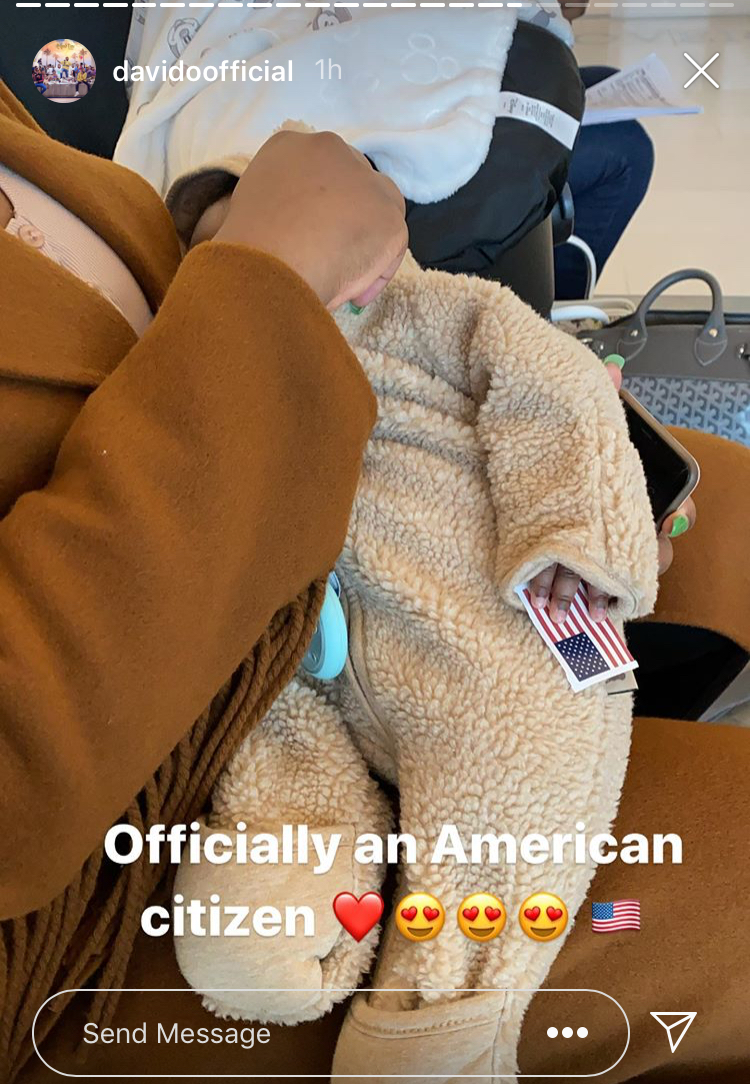