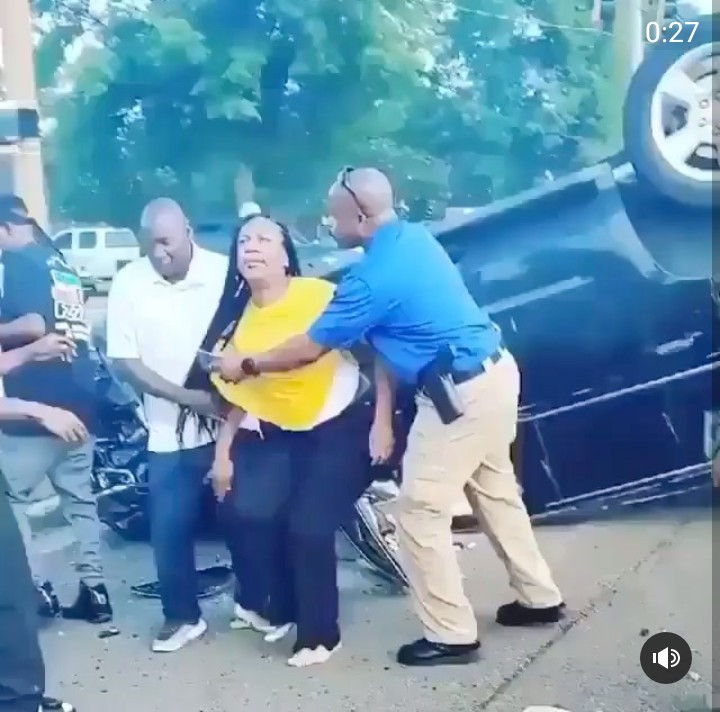 Daddy Freeze has clashed with his followers after he reacted to a video of an accident survivor speaking in tongues (read here) by stating that she was speaking in the “tongues of demons”.

Freeze said “she is praising the devil with those incantations, not God” because she was “ignorantly reciting pagan incantations”.

He added that tongues have always been “known human languages, not the muttering of utter bullshit”.

He continued: “These right here are incantations of the devil.”

When his followers expressed dissenting views, he disagreed with them.

He also argued with his followers about whether the woman’s survival was an act of God.

He asked if this means that those who died in accidents were also killed by God.

Below are comments from Freeze and his followers. 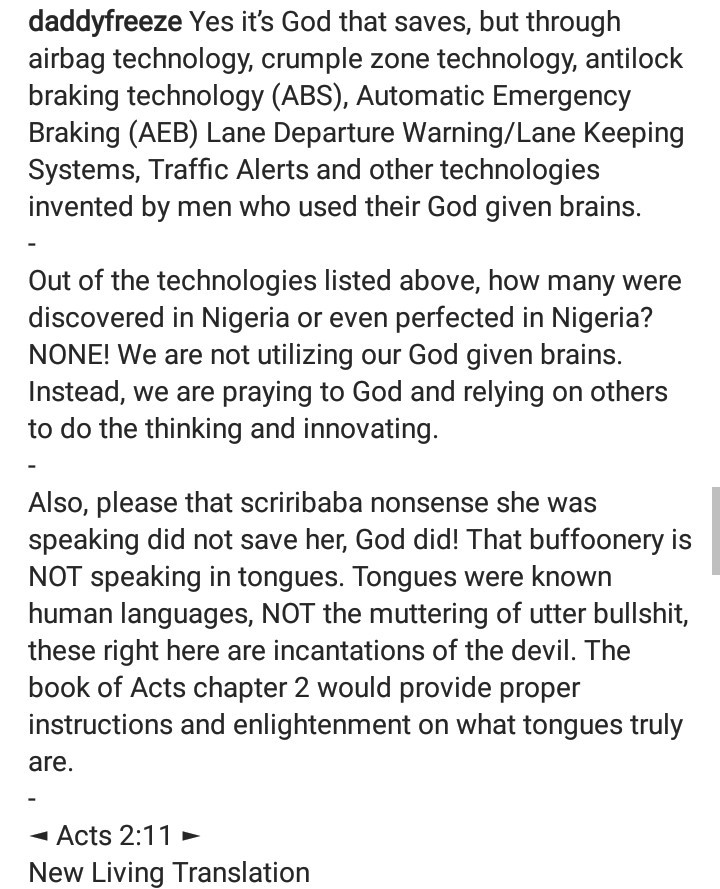 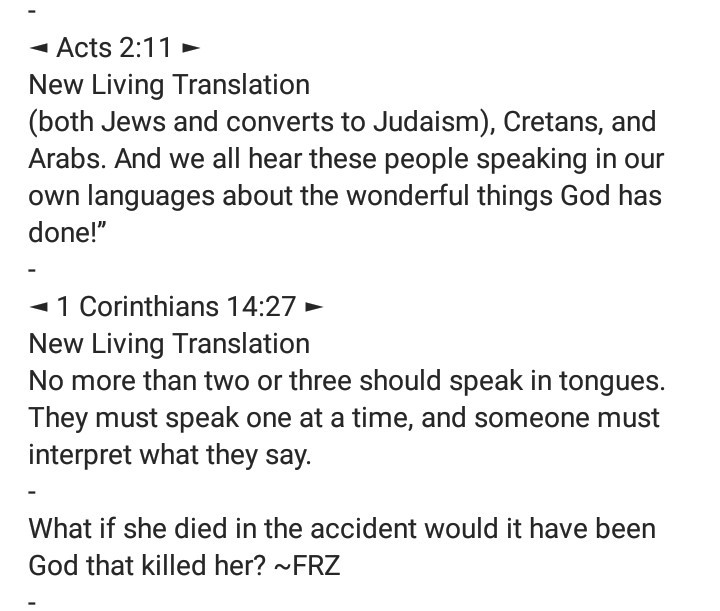 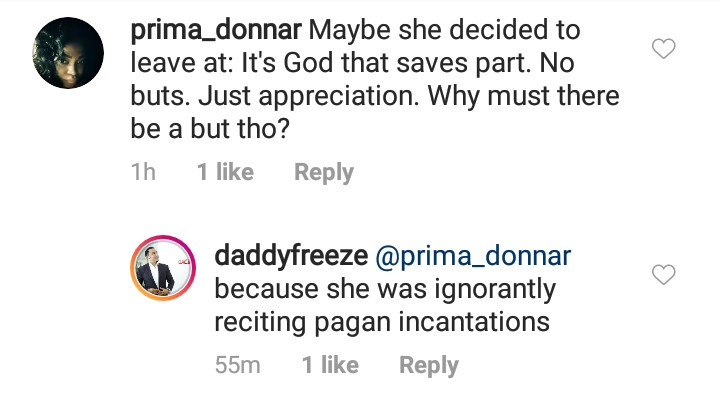 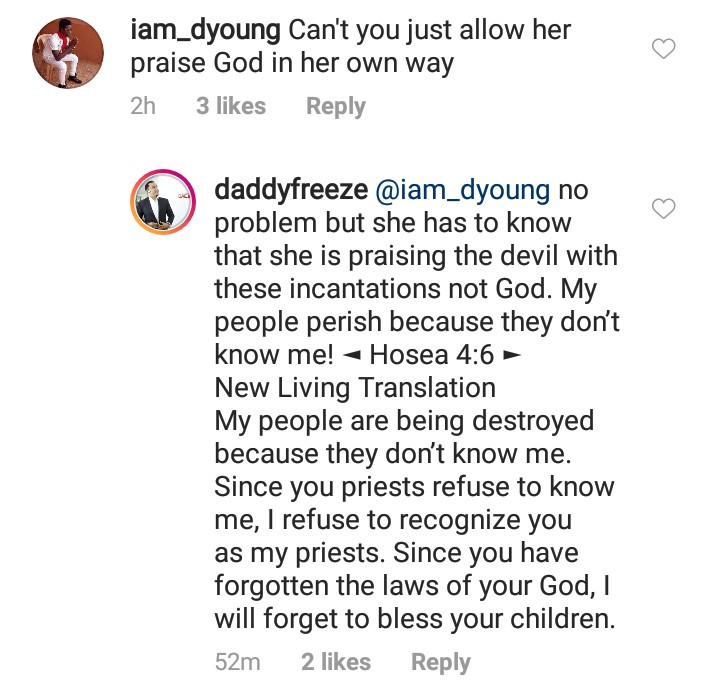 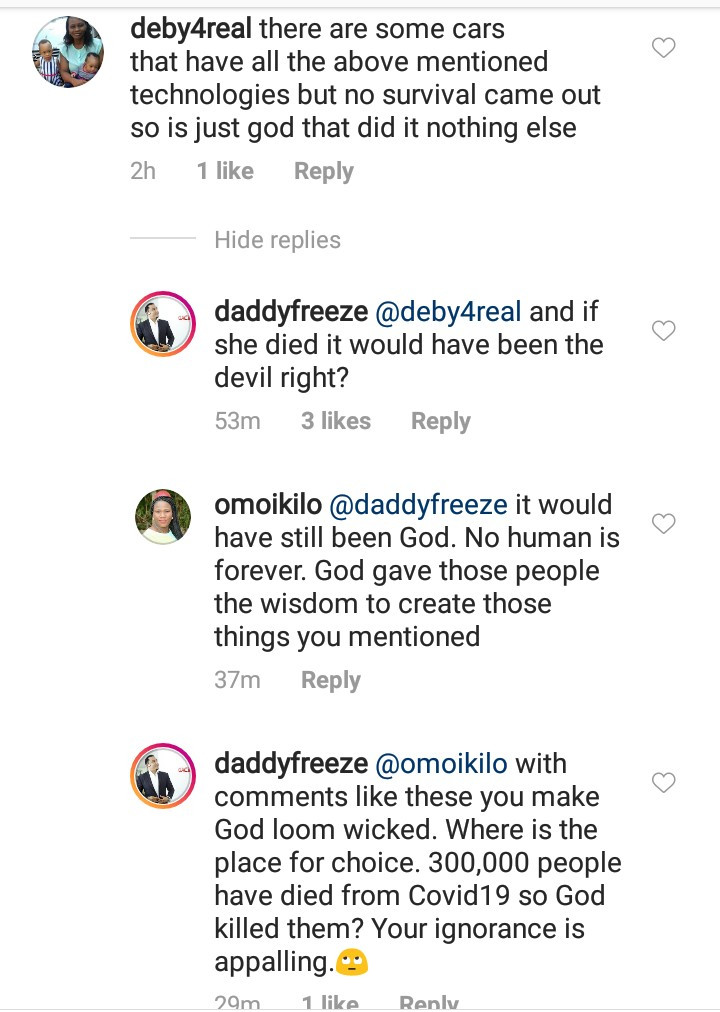 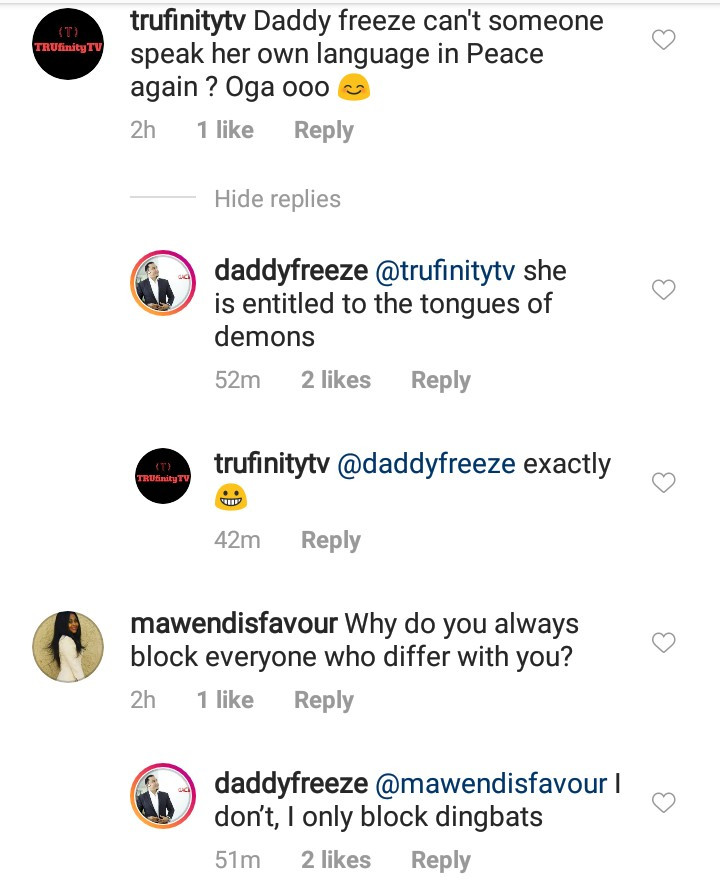 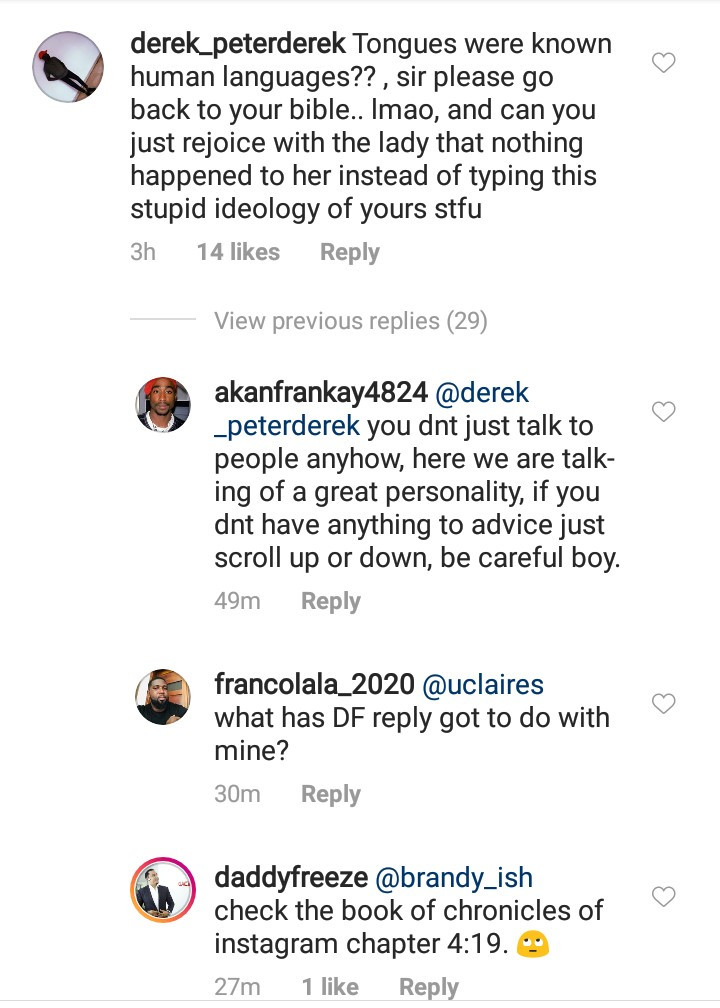 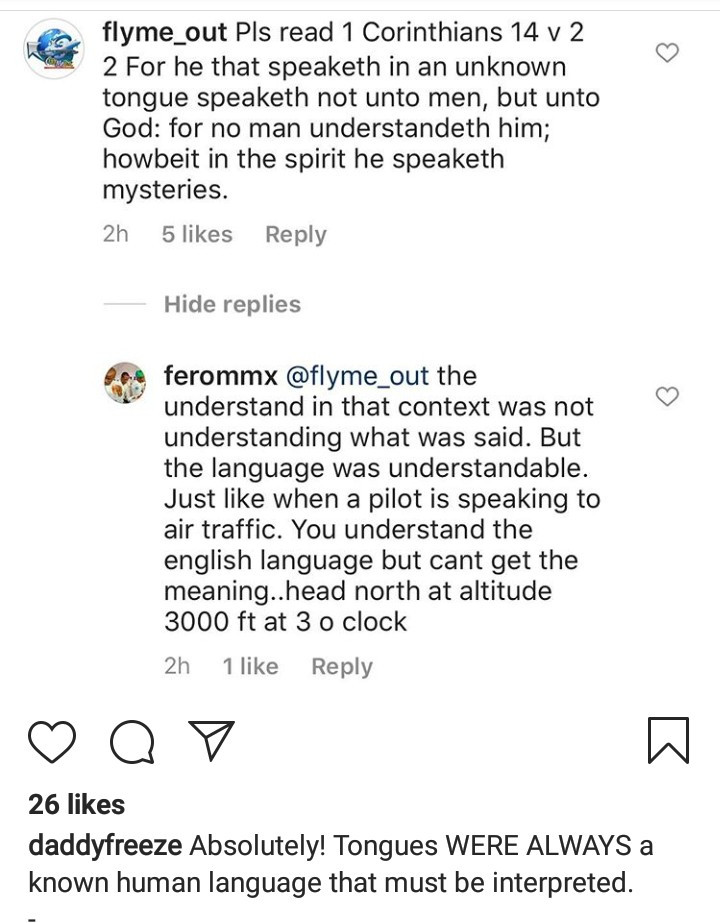 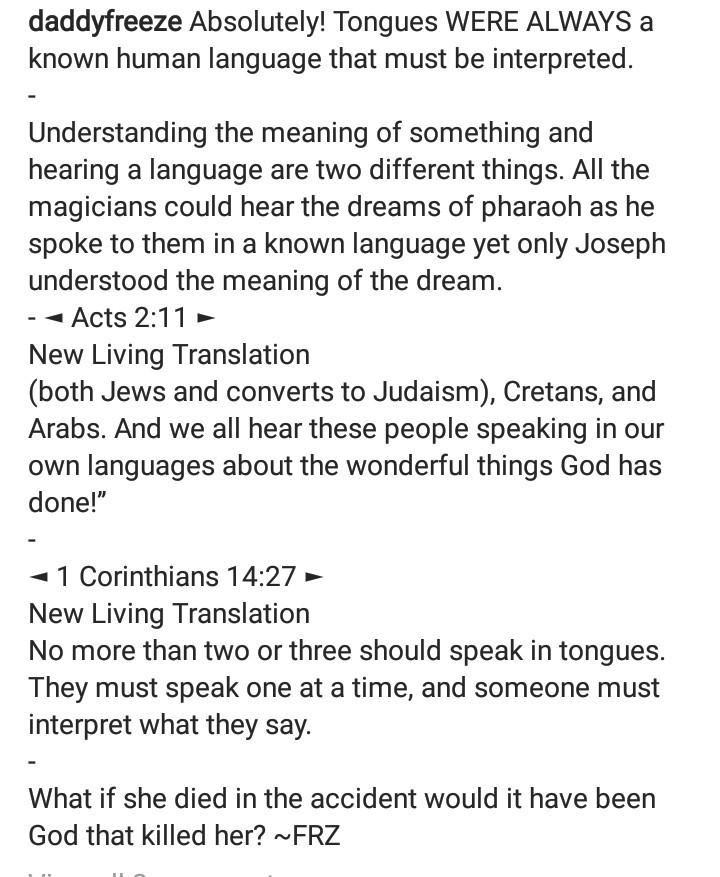 If You Can’t Secure Baga, We’ll Mobilise Hunters To Do The Job, Borno Governor Laments

dailynaijamode - August 3, 2020 0
Erica and Kiddwaya were caught live on camera last night getting busy under the duvet while their fellow housemates slept. They seemed to be in the mood all evening after they were spotted in a viral video, kissing...
Read more