The Chinese medical team which arrived on April 8 has been unable to leave the country following the unavailability of commercial flights to Beijing, the capital of China.

The personnel had concluded their assignment, which included assisting with the installation of some equipment and sharing COVID-19 experience with the Federal Government.

The 15-man team, which include experts in infectious diseases, respiratory illness, intensive care, cardiology, neurology, general surgery, anesthesiology and a journalist, had come to the country on the invitation of the China Civil Engineering Construction Corporation.

The Executive Director, CCECC, Mr Jacques Liao, disclosed to a correspondent in Abuja on Monday, that the team had been unable to leave the country because there were no commercial flights.

He explained that the medical experts were still at the Idu area of Abuja where they were accommodated.

The Minister of Health, Osagie Ehanire, had said during a briefing by Presidential Task Force on COVID-19 that he did not know the whereabouts of the Chinese visitors, stressing that they were not guests of the Federal Government but that of the construction company.

But shedding light on the situation, Liao stated that the personnel were supposed to spend one month in the country, adding that they were issued three-month visas.

Quote
“They (Chinese medical team) are waiting for their flight and this depends on when the airspace would be opened. You know, they came by a charter flight because of the personal protective equipment and other medical materials they brought, but they can’t go back by charter flight, so they are waiting for regular commercial flights.

“They are still here (in Abuja) and they would still assist the Ministry of Health anytime they require their assistance.” 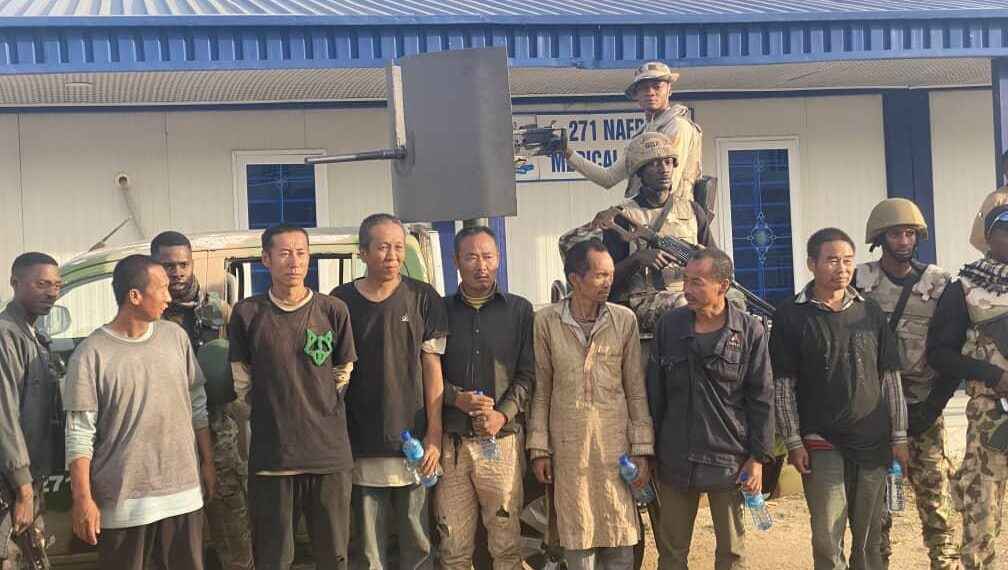