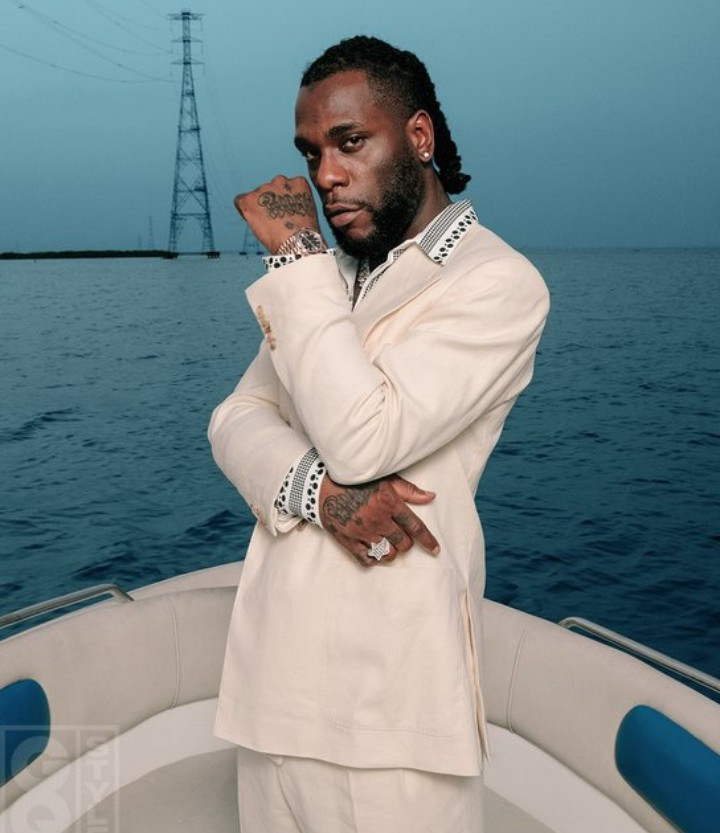 Burna Boy featured in the popular GQ Magazine where he spoke about his career, being compared to Fela, and more.

Burna sings primarily in pidgin English and Yoruba and this means that many outside Nigeria don’t always grasp the totality of his art.  But Burna told GQ that he has made peace with that.

He said he’d actually prefers the response to his work be rooted in something deeper than streams, sales, and fluctuating chart positions.

“I don’t really have a high regard for numbers, because numbers have no feelings, they have no soul, whereas I do,” he explains. “My ‘numbers’ is the people who have actually felt the feeling that the music is supposed to carry across and in the process received the message.”

When asked about being compared to Fela, Burna says: “I don’t think anybody in their right mind would compare me to Fela.”

He added: “Fela is my inspiration and my childhood hero, so if you think comparing me to Fela is honorable, it’s actually not. It actually makes me feel weird. Fela was Fela, and if it wasn’t for Fela, there probably wouldn’t be any me, so I don’t understand the comparison.”

When asked if he talks to his grandfather about Fela, he replied: “Every time. Almost every other day.”

Asked about his career and the lessons he’s learned on his journey, Burna said: “Unlike a lot of other people, I’ve had to go through never-ending steps to get here, whereas other people have taken the elevator up.” 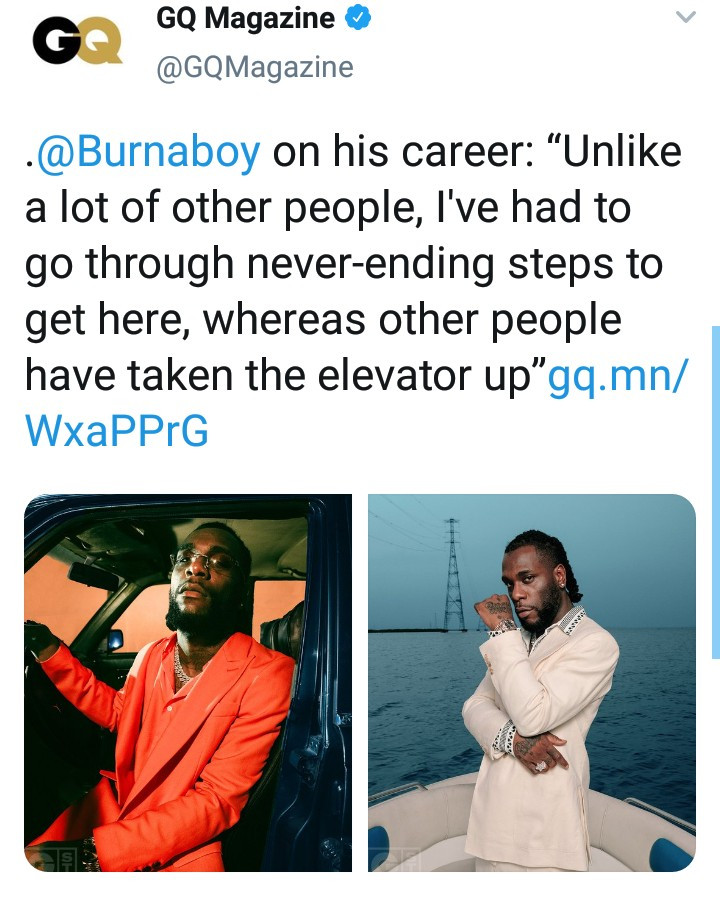 He added: “I’ve always been too heavy for that kind of elevator, so I had to take the stairs. Now I know every floor and everything on every floor.”