Home Entertainment News Burna Boy is the first Nigerian to sell out arenas’ in Lyon,...

Burna Boy has revealed that he is the only Nigerian artiste to comfortable sell out and shutdown three mega cities in France. The artiste who was correcting a fan who attempted to praise the musician with some stats, stated that he has sold out Lyon, Marseille and Paris. 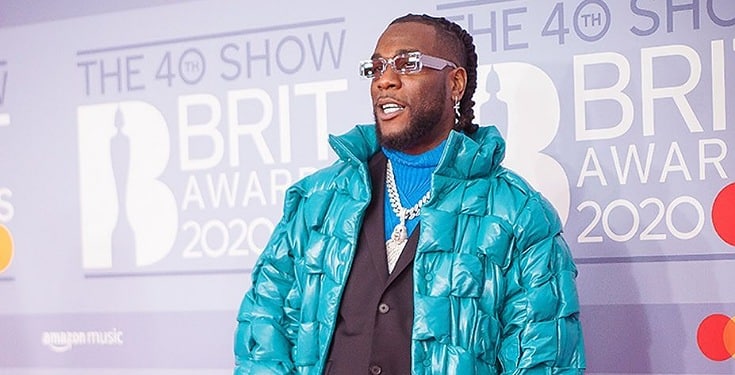 The “Dangote” crooner disclosed that he has sold out the arena in Paris with 3000 capacity, the Lyon arena twice, with 2500 and 3500 capacity, respectively as well as Marseille with 3500 capacity. 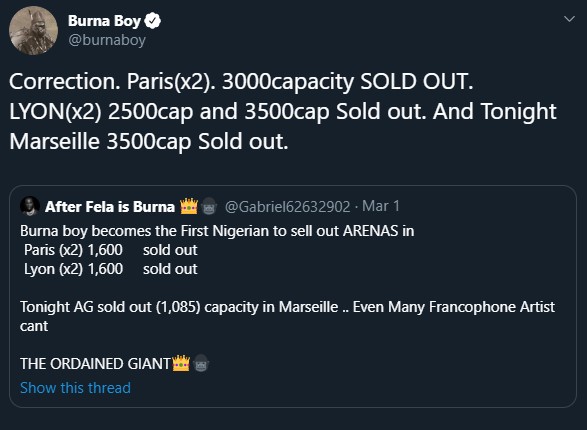 dailynaijamode - February 25, 2021 0
Actress Nkechi Blessing Sunday who went public with her romance with her new boyfriend and Ekiti politician Hon. Opeyemi David Falegan, has issued a warning to those who want to snatch her new man. In an...
Read more
https://wlbet9ja.adsrv.eacdn.com/C.ashx?btag=a_152489b_915c_&affid=9196&siteid=152489&adid=915&c=