President Muhammadu Buhari on Wednesday met with the President of Russia, Vladimir Putin at the opening of the Russia-Africa Summit.

WITHIN NIGERIA had earlier reported that President Buhari on Monday evening arrived Sochi,Russia, for the Russia-Africa Economic forum.

President Muhammadu met with President Vladimir Putin of Russia during the plenary session of the Russia-Africa Economic Forum in Sochi.

The plenary session was attended by other world leaders including African Heads of State and governments, Chairman of the African Union etc.

Senior Special Adviser to President Buhari on Media and publicity, Garba Shehu had earlier in a statement said his principal and the Russian leader would meet at Nigeria and Russian bilateral meeting on Wednesday, while President Buhari would make a statement at the summit on Thursday.

Other participants at the summit that will showcase Russian interest and investment potential in Africa include businessmen, experts, investors, leaders of major sub-regional associations and organisations.

Photos from the event were shared by Bashir Ahmad, Personal Assistant to Buhari on New Media via Twitter. 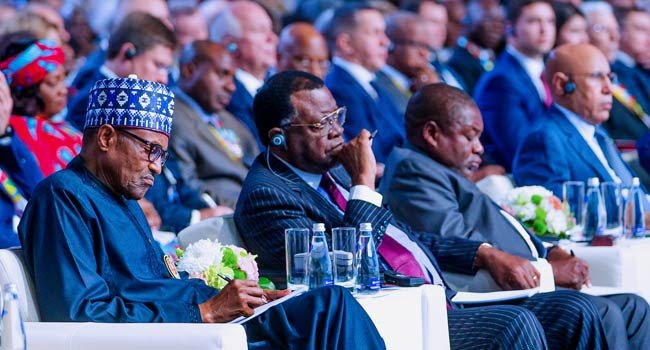 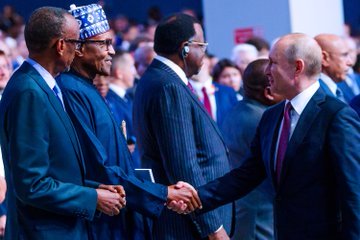 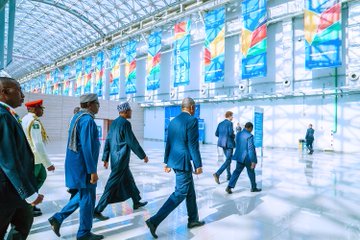 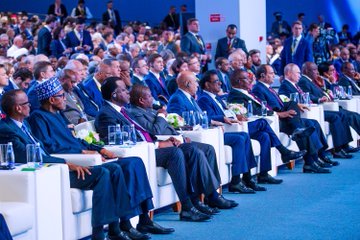 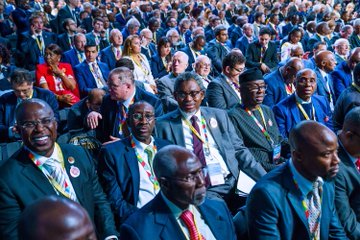