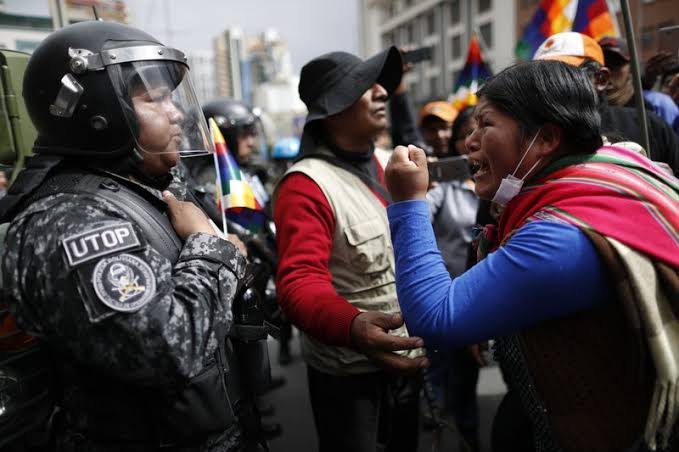 At least five people died after being shot in clashes between coca farmers and security forces in Bolivia on Friday, local media reported.

A further 34 people were injured and more than 100 were arrested, according to Nelson Cox, the ombudsman of the city of Cochabamba, newspaper El Deber wrote.

The farmers were trying to march through Cochabamba to La Paz to support ousted president Evo Morales, who is in exile in Mexico.

The police and the military blocked the way of the protesters on a bridge in Sacaba, an eastern suburb of Cochabamba.

Morales comes from a family of coca farmers. In the early 1980s he became active in the coca farmers’ union in central Chapare region, before being elected executive secretary of a coca growers’ federation in 1988.