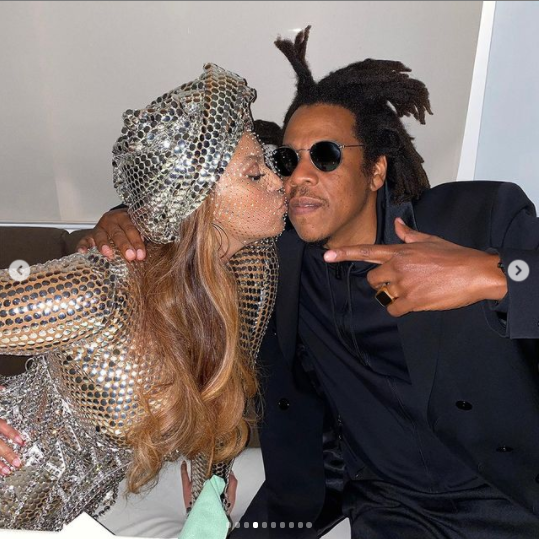 Power couple, Beyonce and Jay-Z  put on rare displays of affection after their historic wins at the Grammy Awards over the weekend.

The mother of three took home four Grammys on Sunday to become the most-awarded female singer in the Recording Academy’s history with 28 awards. Among the accolades were best R&B performance for ‘Black Parade’ and best music video for ‘Brown Skin Girl.’ 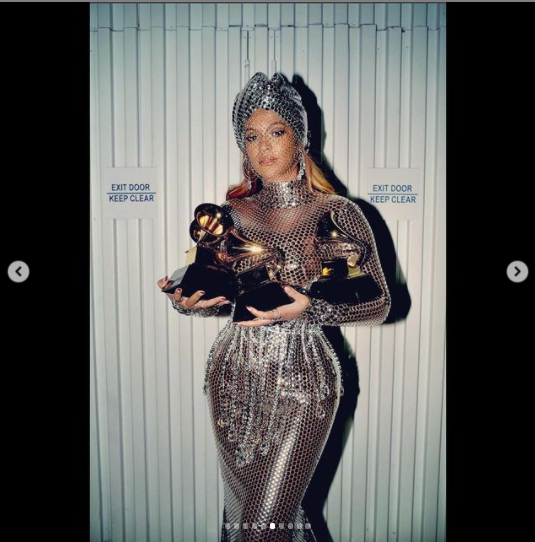 Her husband, Jay Z also won two Grammys this year. The 51-year-old rapper is listed as a songwriter on Beyonce’s Black Parade and Megan Thee Stallion’s Savage remix, both of which won awards bringing his total Grammys to 23. He’s still the most awarded rapper in Grammys history.

The couple were later pictured backstage after the awards show celebrating their wins.

In one photo shared on Beyonce’s Instagram page, the singer is seen planting a kiss on Jay-Z’s cheek as he smiles at the camera.

Another photo shows the couple posing and holding hands with Beyonce showing off her second outfit of the night – a silver gown with matching turban and Lorraine Schwartz jewellery. 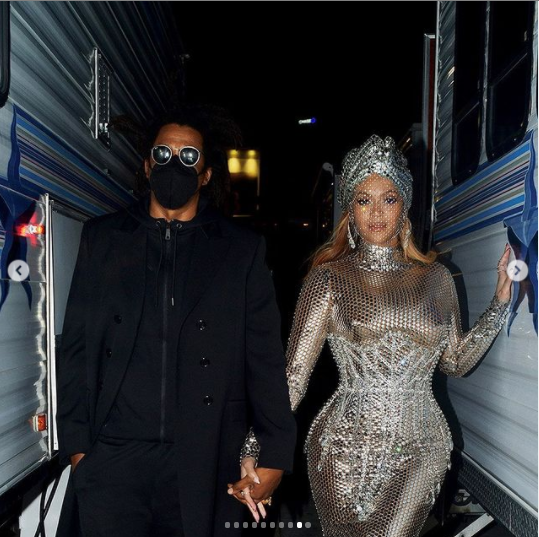 She had earlier worn a black leather minidress for the official ceremony. 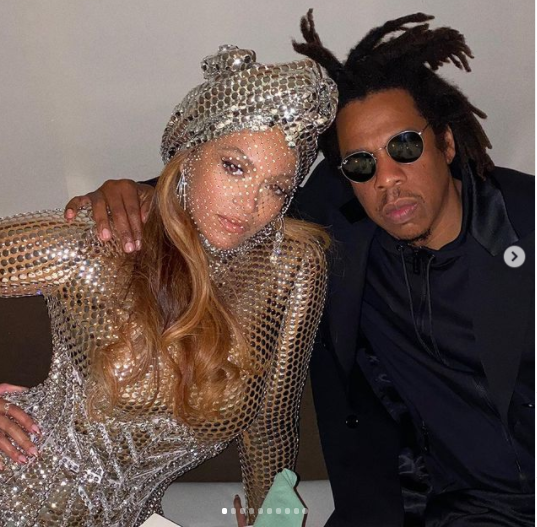 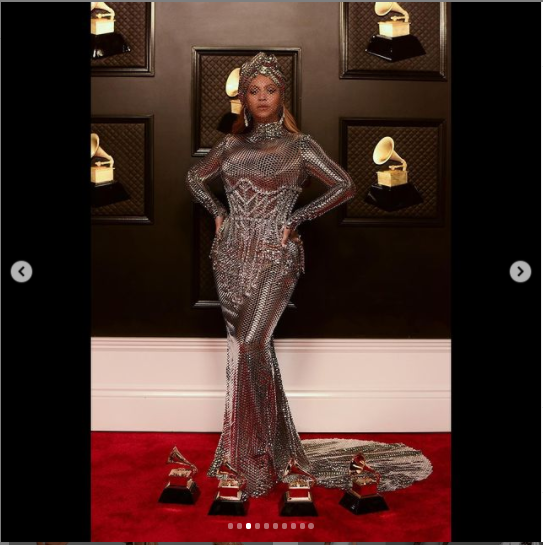 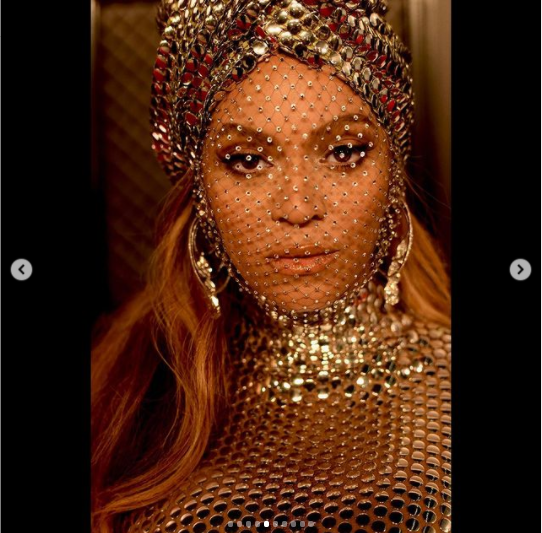 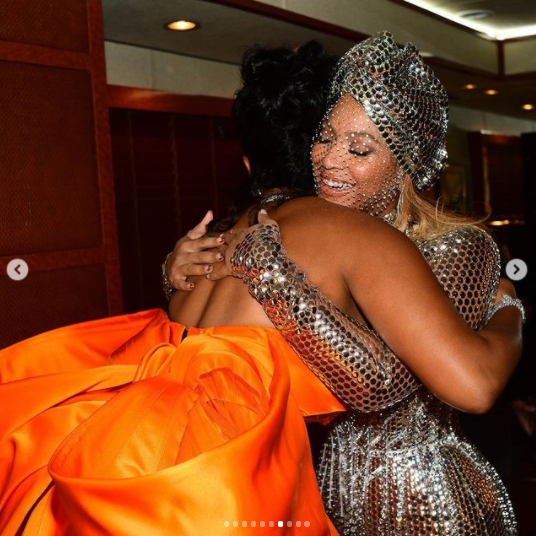 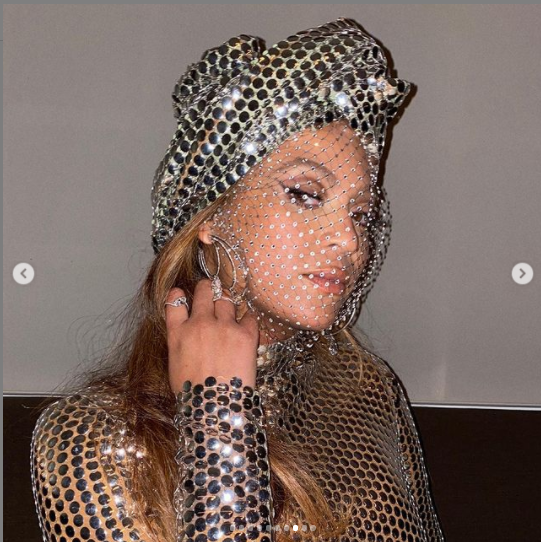 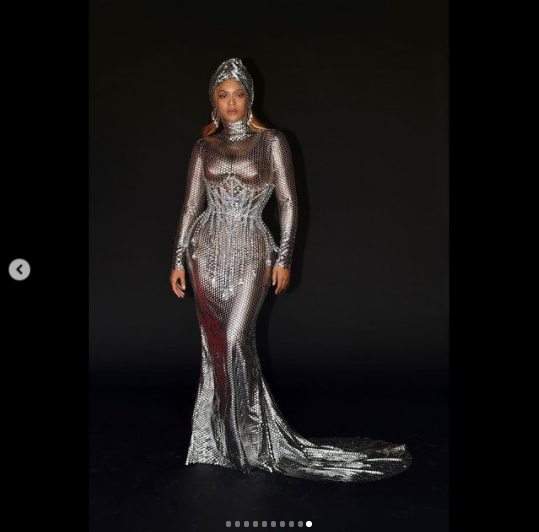