Home Entertainment News Barcelona FC Humiliated in an 8- 2 Defeat To Bayern Munich In...

Messi’s Barcelona have suffered their worst defeat in a decade. The Spanish side lost 8 – 2 to a vibrant Bayern Munich side who put 8 goals past the Barcelona side. Many see this performance as one of the final shutting stages for the Messi era. Barcelona were able to get a goal through Luis Suarez and another own goal from David Alaba; Aside from that, Bayern Munich dominated the entire game throughout. Thomas Muller and Robert Lewandowski led the attacking line which fired goals after goals past the Barcelona goal keeper with loanee, Coutinho also bagging 2 goals at the end of the match. Bayern is now expected to face either Manchester city or Lyon on the Semi-Finals of the champions league. 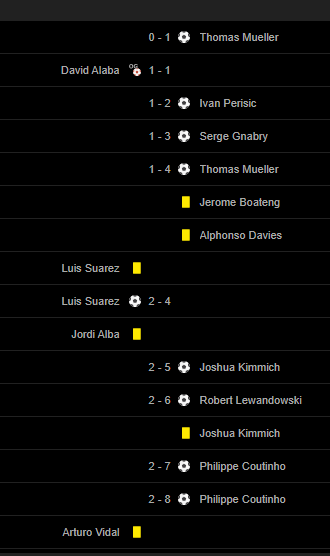