Limited-edition “Satan Shoes” are sparking outrage among some people online. The creative label MSCHF, which sold “Jesus Shoes” in 2019, is behind this new product that was recently announced. The company is partnering with Lil Nas X to offer 666 pairs of the limited-edition shoes for one day only. The limited-edition shoes are redesigned Nike shoes.However, some people are still doubting the shoes are real, with some even thinking they’ll be an early April Fool’s joke. A product website for the shoes has announced that the shoes will go on sale on March 29 on MSCHF’s official app.The Shoes Are Promoted as Each Including One Drop of Actual Human BloodThe shoes were announced as a collaboration between MSCHF and Lil Nas X to create a limited-edition version of the Nike Air Max 97. According to the product’s website, the shoes are individually numbered and only 666 pairs will be sold. These shoes aren’t created by Nike. They’re revamped Air Max 97s by MSCHF made in collaboration with Lil Nas X, Page Six reported. The shoes will cost more than $1,000 a pair.The shoes are not designed by Nike, but are repurposed by MSCHF. A Nike spokesperson explained to Snopes that Nike had nothing to do with either the creation or sale of the shoes.The product website notes that each shoe will contain “60CC ink and 1 drop human blood.” An animation on the product’s site shows the sole of the shoe filled with a red liquid that sloshes forward and back with each step.The shoe also features a pentagram in bronze with engraving that says, “I SAW SATAN,” “MSCHF” and “LIL NAS X,” and the words “Luke 10:18” are featured on the outside of the shoe near the toe. This references the verse: “I saw Satan fall like lightning from heaven,” which is also part of a theme in Lil Nas X’s recent music video.According to the product’s website, the shoe is going on sale on March 29 at 11 a.m. Eastern time and can only be purchased on MSCHF’s app.
See photos below… 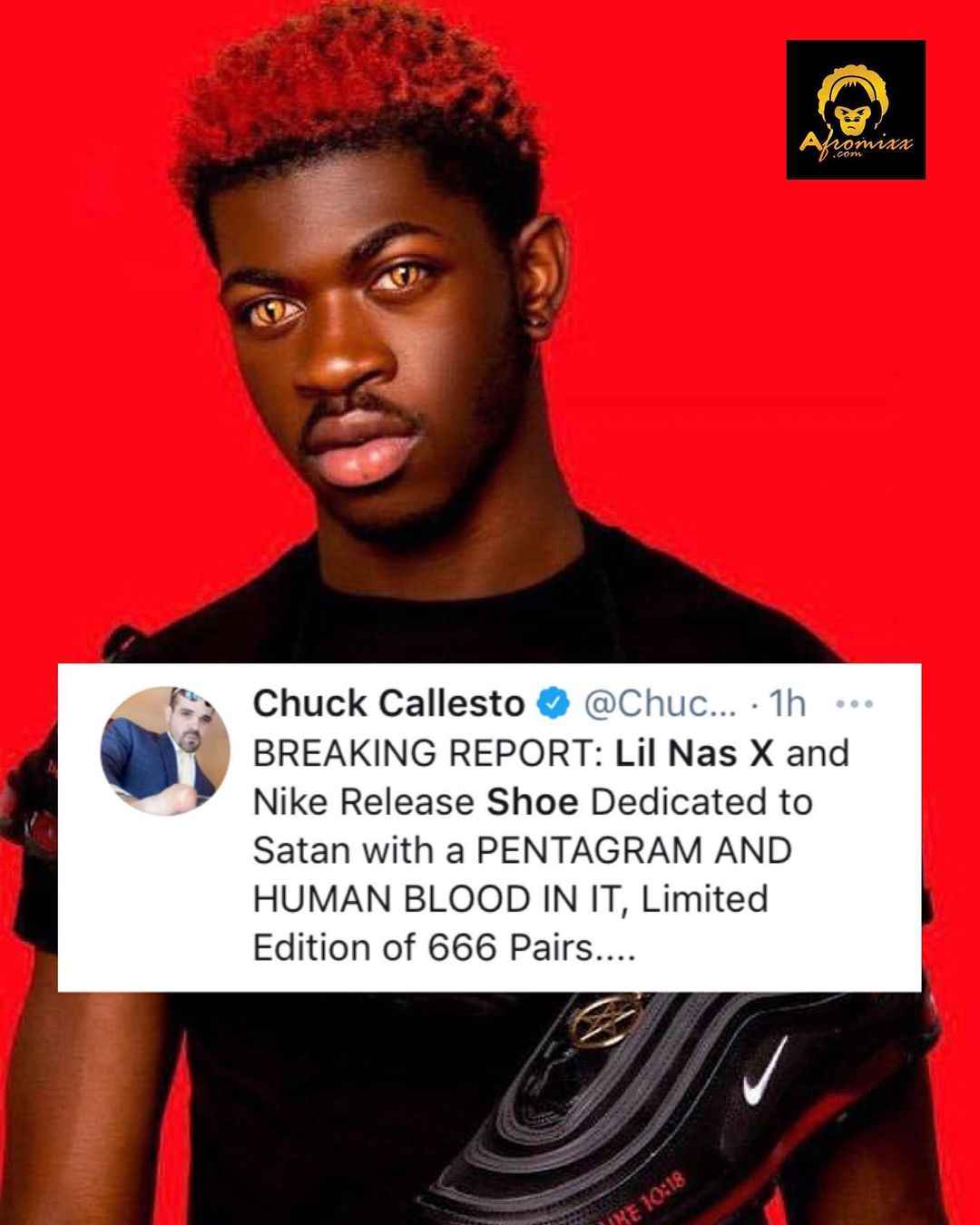 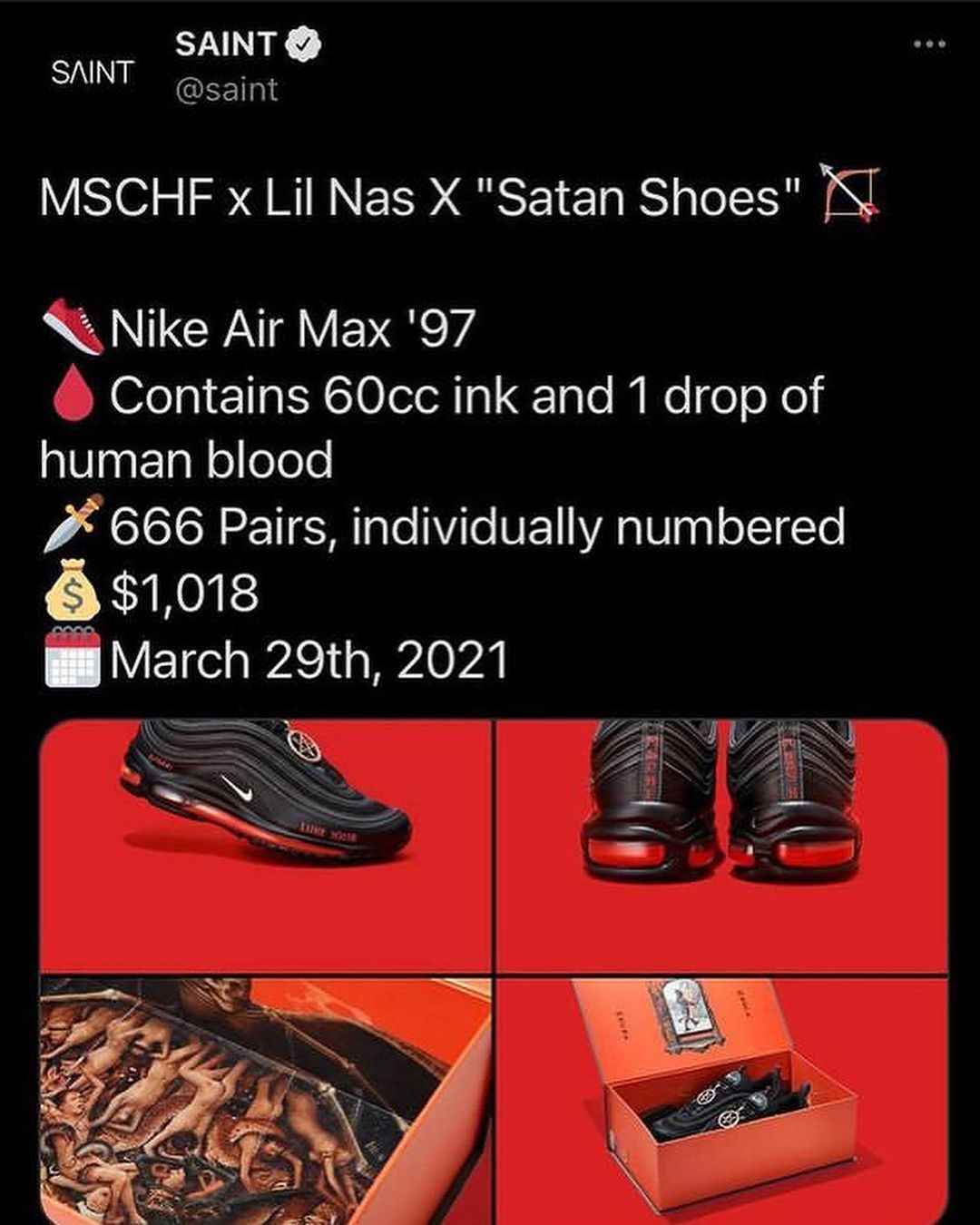 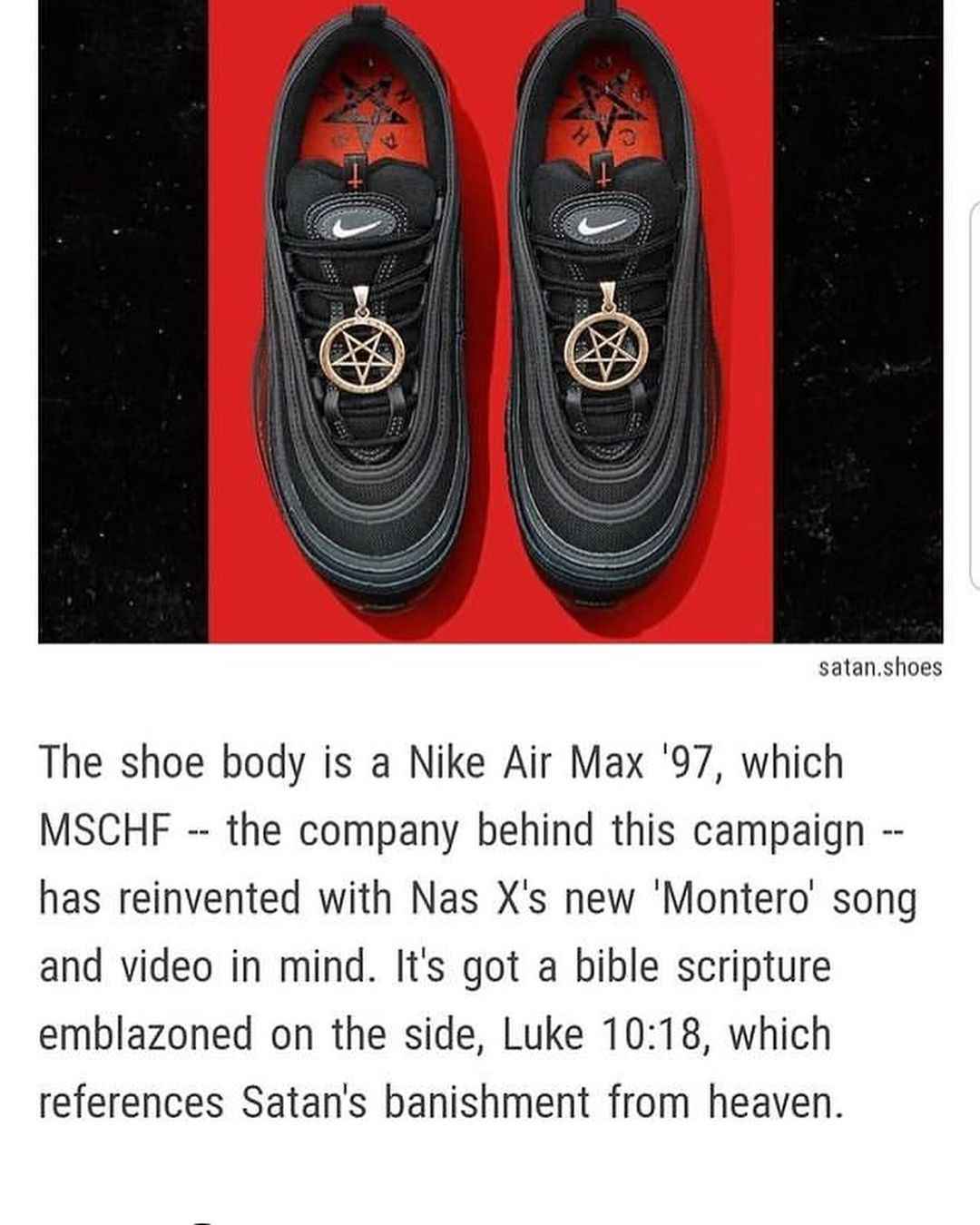 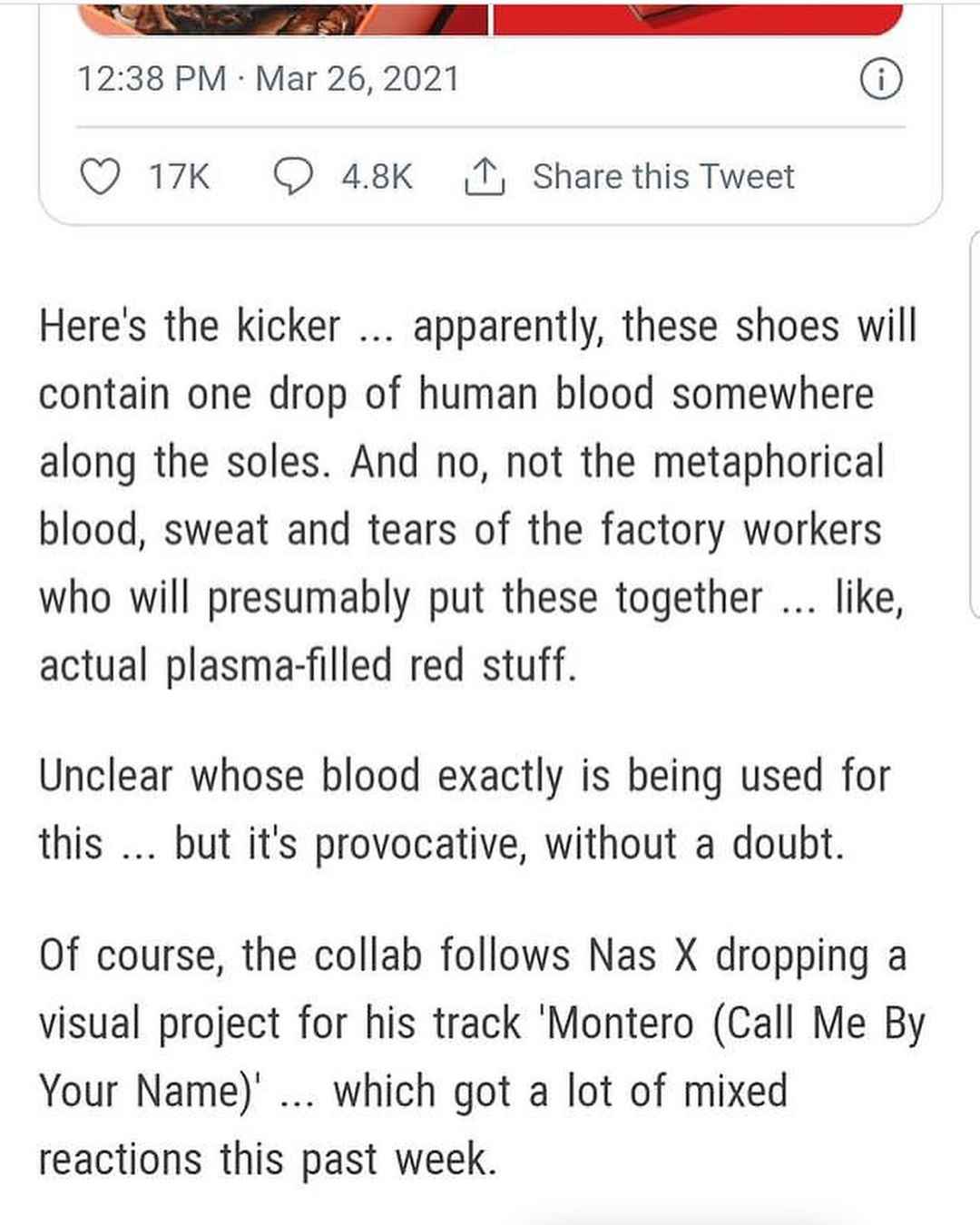 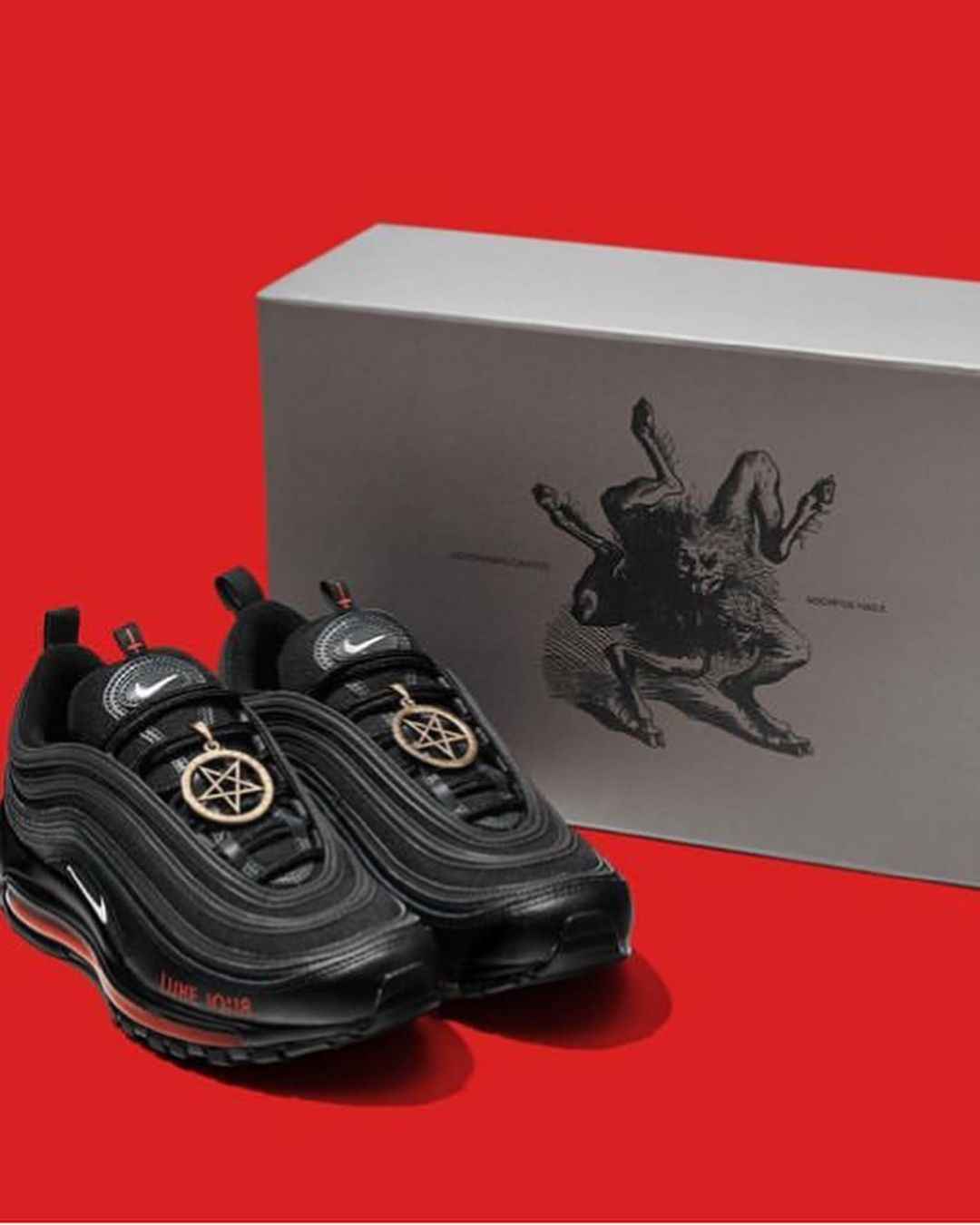 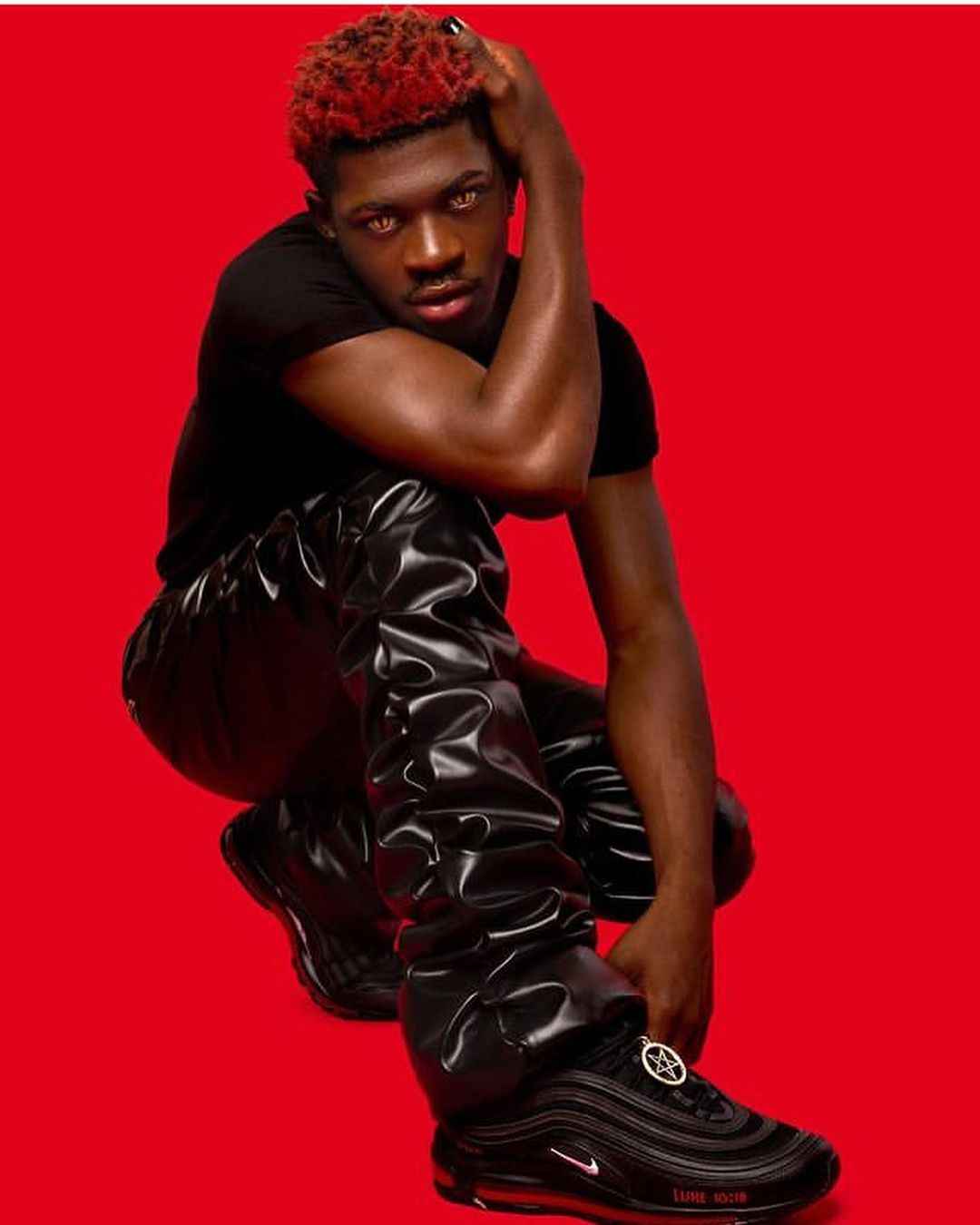 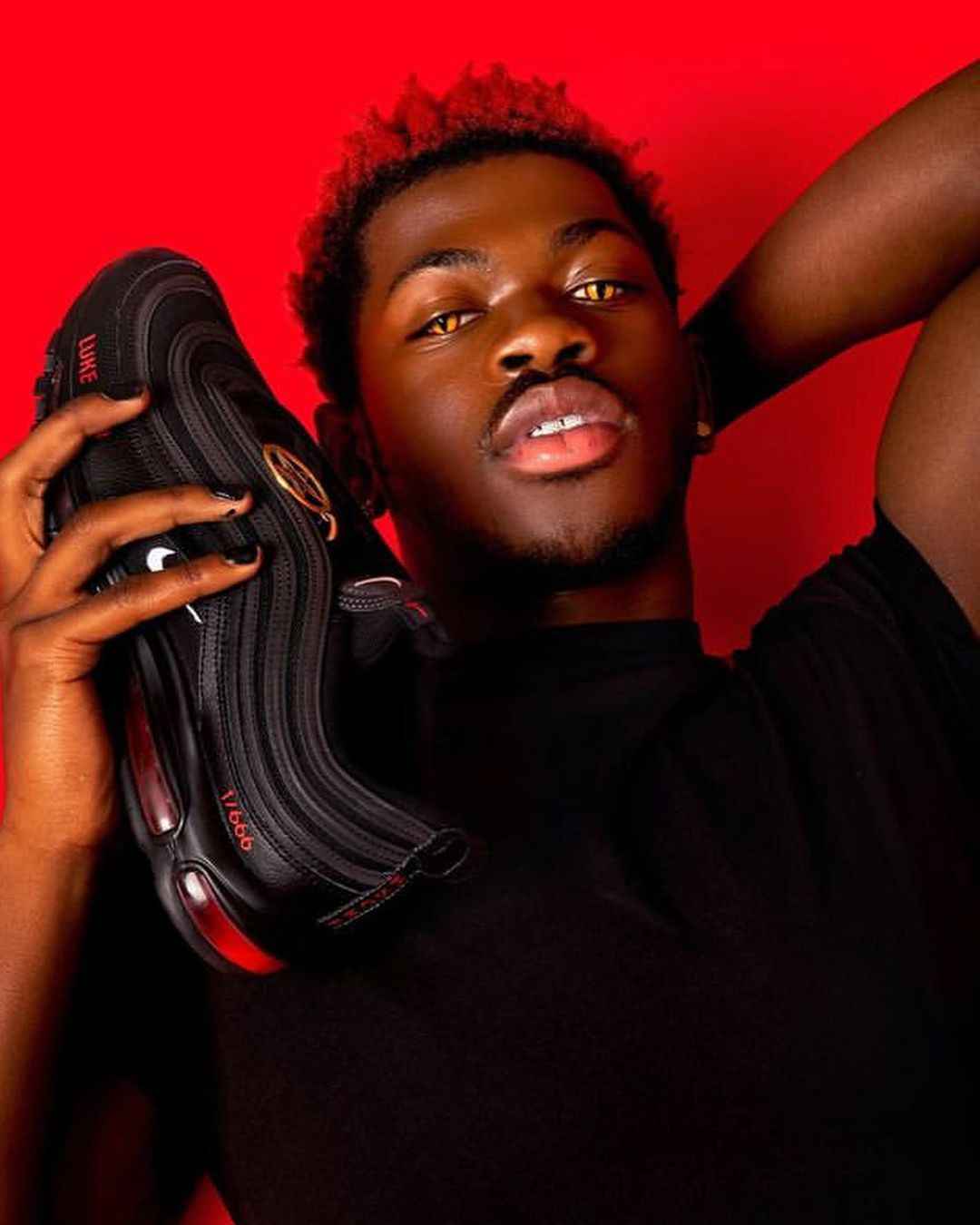 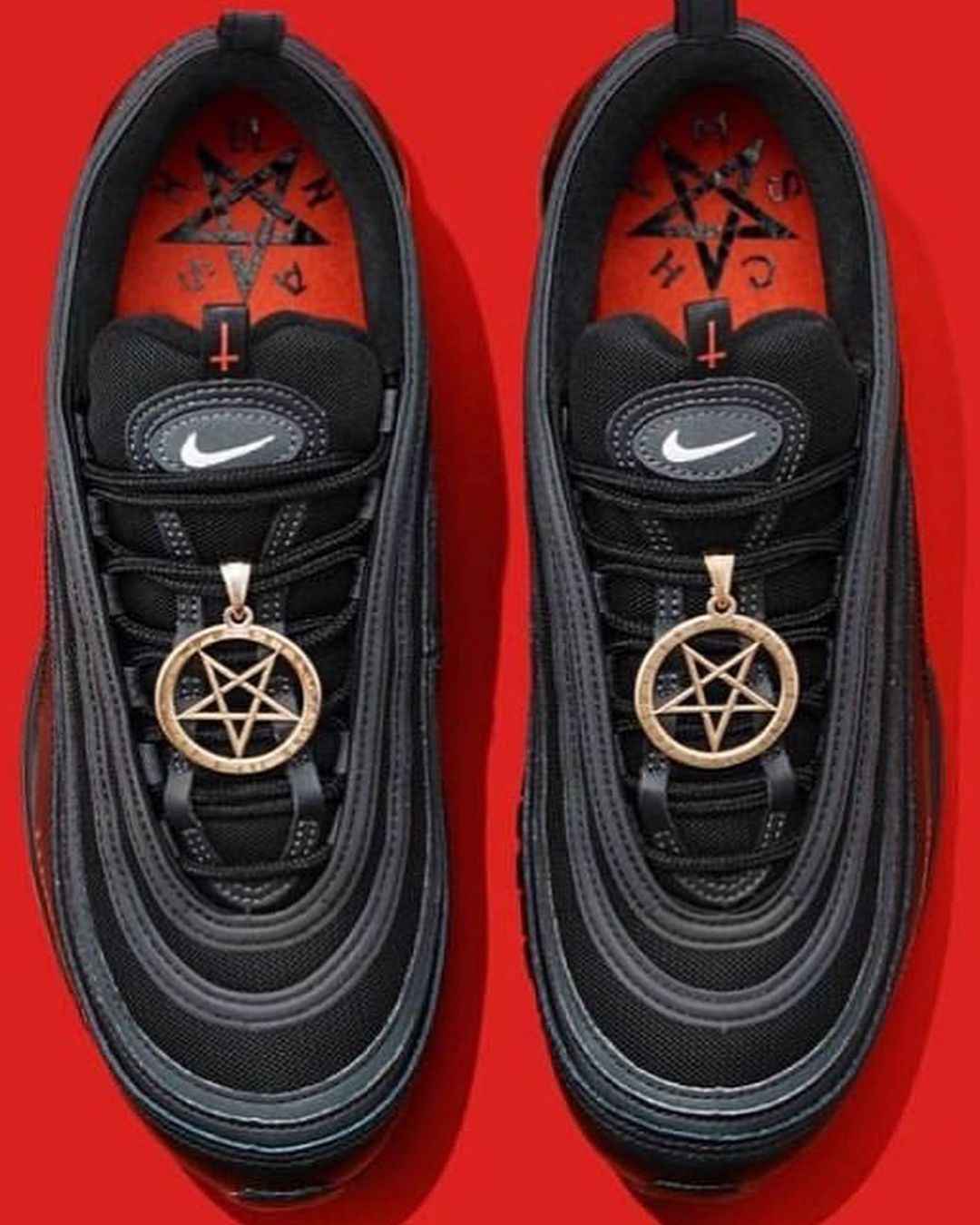 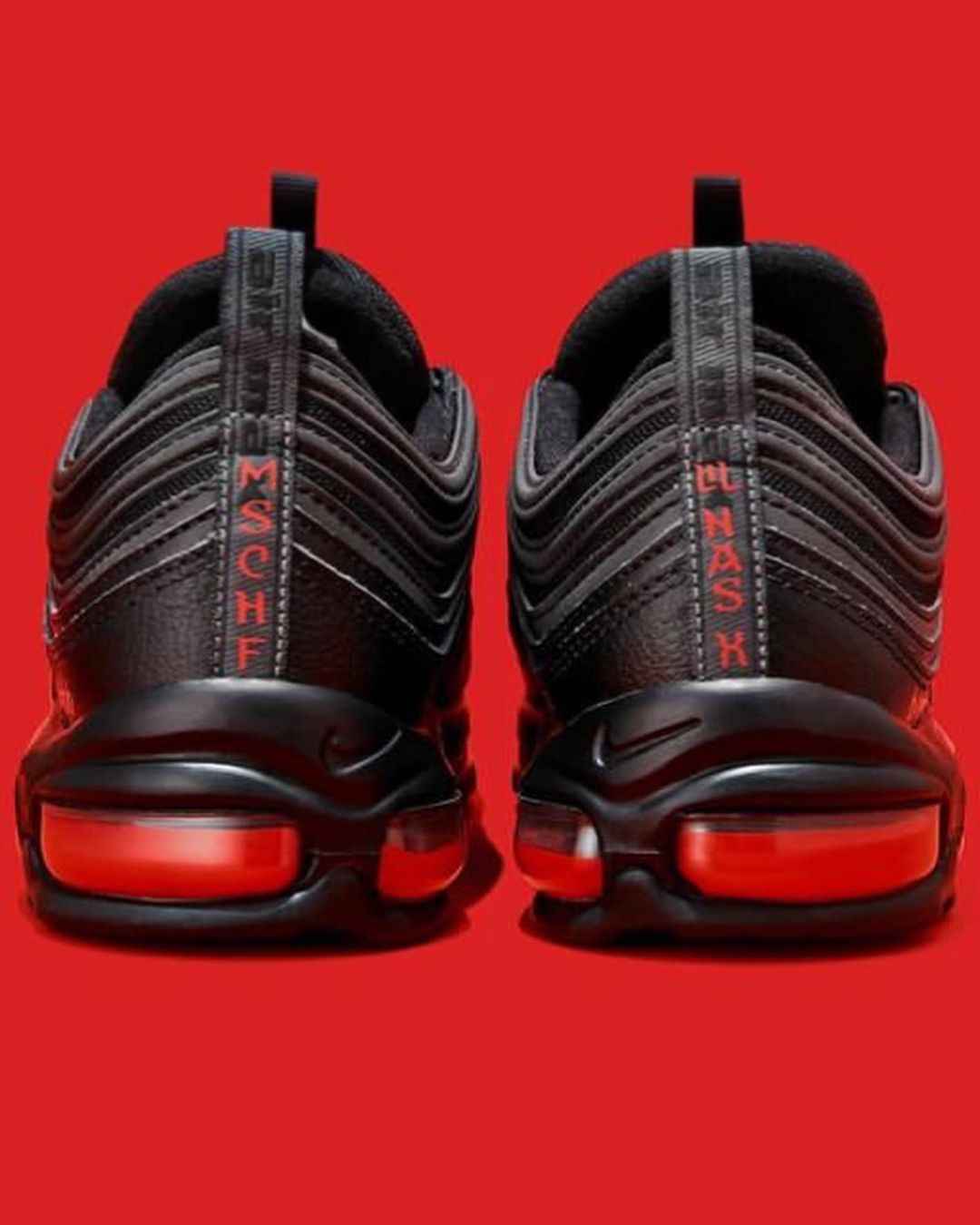 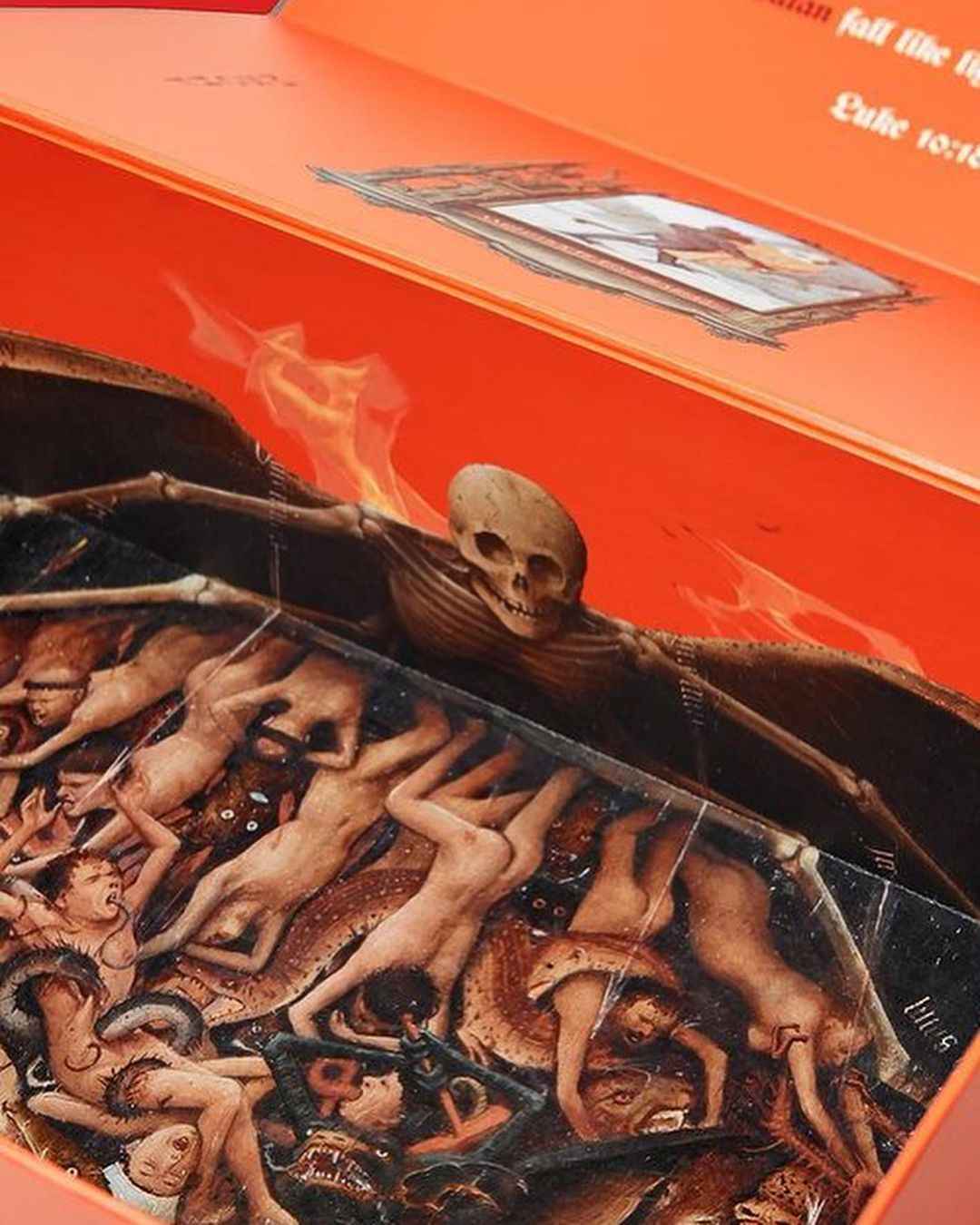