The retail colossus AMAZON opened an online pharmacy Tuesday that allows customers to order medication or prescription refills, and have them delivered to their front door in a couple of days.

The potential impact of Amazon’s arrival in the pharmaceutical space rippled through that sector immediately. The stocks of CVS Health Corp., Walgreens and Rite Aid all tumbled Tuesday.

The big chains rely on their pharmacies for a steady flow of shoppers who may also grab a snack or shampoo or groceries on the way out. All have upped online services and touted their abilities to deliver prescriptions and other goods as the COVID-19 pandemic has pushed more consumers to stay home. But Amazon.com has mastered these things, and its online store is infinitely larger, with millions of loyal shoppers already buying books, TVs and just about anything else.

“The news represents a disruption to the system and competitive threat that will likely shift scripts away from the retail channel,” analysts at Citi Research said in a note.

Amazon has a history of disruption. Launched in 1995 as an online book store, it pushed other booksellers to sell online. But those that couldn’t keep up went out of business, like the Borders bookstore chain, which disappeared in 2011.

Its purchase of Whole Foods three years ago sent supermarket stocks spiraling, but many have been able to hold their own against Amazon, offering home delivery and curbside pickup of groceries. 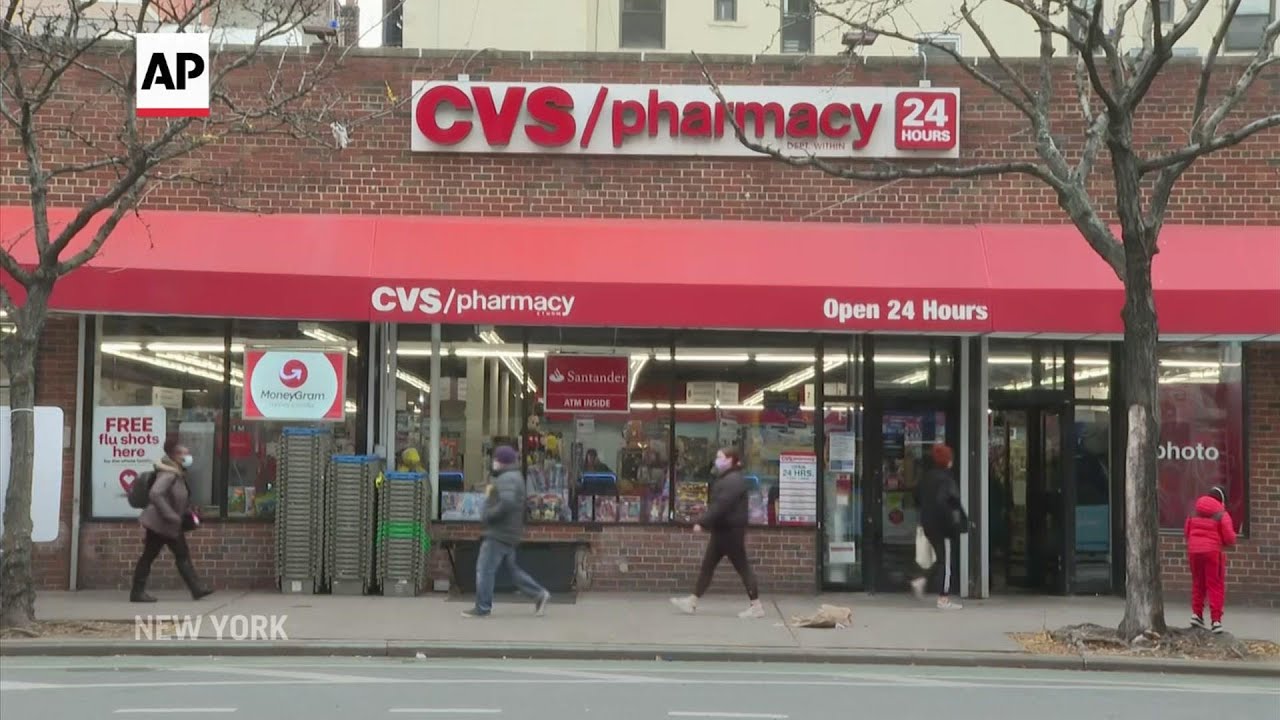 Amazon has also become a threat to shipping companies, delivering more than half of its own packages itself. Vans stamped with the Amazon logo have become as common a sight as the UPS truck.

The company said its online pharmacy will offer commonly prescribed medications in the U.S., including creams, pills, as well as medications that need to stay refrigerated, like insulin. Shoppers have to set up a profile on Amazon’s website and have their doctors send prescriptions there. It won’t ship medications that have a high risk of being abused, like some opioids.

Most insurance is accepted, Amazon said. But Prime members who don’t have insurance can also buy generic or brand name drugs from Amazon for a discount. They can also get discounts at 50,000 physical pharmacies around the country at Costco, CVS, Walgreens, Walmart and other stores.

The retailer is a known entity that many people already use. It may be able to make price shopping for prescriptions more pleasant, and it might be competitive on the pricing of generic drugs, said Garthwaite, who teaches at Northwestern University’s Kellogg School of Management.

Amazon’s prescription business could be appealing to the uninsured or people who have plans that make them pay a high deductible first before their coverage starts, added John Boylan, an analyst who covers Walgreens for Edward Jones.

He said Amazon’s move will mostly affect smaller drugstores that don’t have either the retail giant’s purchasing power or deals that major drugstore chains have with insurers to funnel patients to their stores for prescriptions.

Amazon has eyed the health care industry for some time. Two years ago, it spent $750 million to buy online pharmacy PillPack, which organizes medication in packets by what time and day they need to be taken.

Separately, it also has formed a venture named Haven with JPMorgan Chase and Berkshire Hathaway to focus on improving the care their employees receive and managing the expense.

CVS and Walgreens, which had opened thousands of drugstores nationwide to get closer to customers, have been been trying to adjust to the rise of online shopping by offering same-day deliveries in many markets.

Walgreens also has a partnership with FedEx for a delivery service that takes a day or two. Walgreens CEO Stefano Pessina told analysts in July that the company has seen “unprecedented demand” for both home delivery and online services as the COVID-19 pandemic unfolded earlier this year.

Both companies also are providing more care and helping customers monitor chronic conditions like diabetes with services that can’t be delivered by competitors such as Amazon.

CVS Health also operates one of the nation’s largest health insurers — Aetna — and a big pharmacy benefit management, or PBM, business that runs prescription drug plans. Spokesman T.J. Crawford said in a statement that new pharmacy competition is no surprise, but he noted that CVS Health has evolved into “so much more” than a corner drugstore.

Amazon may continue to evolve as well, said the economist Garthwaite.

“We could think of this one day as the first step toward Amazon becoming a PBM,” he said.

Got a story? If you’ve got a celebrity story, video or pictures get in touch with the Dailynaijamode.com entertainment team by emailing us celebritygists@dailynaijamode.com - we’d love to hear from you.
Facebook
Twitter
Pinterest
WhatsApp
Previous articleTwitter Launches Disappearing Tweets After 24 Hours, ‘fleets’
Next articleModel Shuggati Display Her V In New Photo