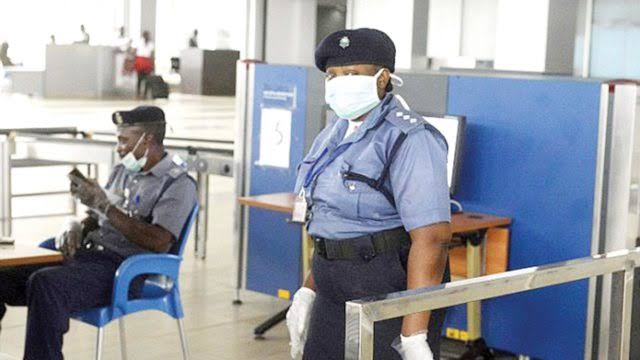 A worker of Bi-Courtney Aviation Services Limited, operators of the Murtala Muhammed Airport Terminal Two has been rewarded for finding and returning two iPhones, N300, 000, an iPad and other items belonging to a passenger.

The aviation security personnel, Babatunde Ajala, was said to have found a brown unaccompanied leather bag while on duty at the departure hall of the MMA2.

The owner of the bag, according to BASL was later identified as the Accountant-General of Ondo State, Mr. Herbert Akindolire.

According to a statement by BASL, Ajala had out of curiosity picked up the bag and after close examination, found N300,000, two iPhones, one iPad, and some complimentary cards.

“Akindolire, who before this time was worried because he had searched everywhere for the bag, was elated on learning about the discovery. He extended his gratitude for the sincerity of the staff and the professional way the whole matter was handled by the BASL security management team,” the firm said.

The firm stated that in another development, another passenger who was scheduled to travel by an Abuja-bound Dana Air lost his phone at the airport.

BASL, however, stated that its security staff, Henry Akhile, found it by carrying out comprehensive CCTV playback.

The Head of Human Resources, BASL, Mr. Ayoola Ajayi, said the two employees had proved to be worthy ambassadors for their display of maturity, sincerity, and professionalism.

dailynaijamode - February 24, 2021 0
Meta Kekana is a beautiful South African influencer, who is gaining popularity through her consistency in sharing beautiful pictures on Instagram. Many of her followers compare her to the likes of Nicki Minaj and...
Read more
https://wlbet9ja.adsrv.eacdn.com/C.ashx?btag=a_152489b_915c_&affid=9196&siteid=152489&adid=915&c=