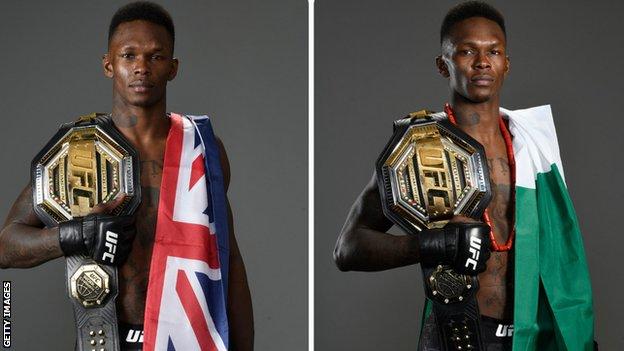 The Last Stylebender as Adesanya is so nicknamed, defeated all the top contenders in the  middleweight division during his three-year run in the division. He has long-standing beef with former light heavyweight champion Jon Jones, who is expected to make his heavyweight debut in late 2021.

However, the Nigerian-born Kiwi has not ruled out a move to heavyweight either.

Unless the circumstances are right and there is a fresh streaking contender at middleweight, the likelihood of Israel Adesanya going back down is less.

The former kick-boxer-turned-MMA stalwart made his UFC debut with an impressive second-round TKO win over Rob Wilkinson at UFC 221 on February 11th, 2018.

Adesanya harked back to the time period from February 2018 to February 2019 – his maiden year in the UFC – and pointed out that he’d like to compete as frequently as he did back then.

Israel Adesanya holds an undefeated professional MMA record of 20 wins and is regarded by many as one of the biggest stars in all of combat sports.

Adesanya recently revealed how many times he plans to fight in 2021.

He initially suggested that he’d like to fight about five times this year. However, Adesanya later asserted that since he’s the champion now, fighting around three to four times this year would be a more realistic target.

“I want to fight a lot this year. Last year was a bit slow because of the ‘Rona (Coronavirus), but this year I wanna do what I did in 2018. When I just did like five fights in, I think 366 days, in a calendar year.

When he takes on Blachowicz tomorrow, Adesanya will attempt to become the fifth ‘champ champ’ in UFC history and believes the fight could go in a violent direction, which ends with him getting a KO victory over his Polish opponent.

“There are many ways this can happen. Look, I can even lose, god forbid. I’m just saying, it’s different timelines. I see this happening two ways. The first one is close to my chest but the second one ends badly, violently. It’s going to be a violent car crash because he’s over-eager,” Israel Adesanya said.

The fact that Adesanya is envisioning a submission victory against someone like Blachowicz is very interesting because fans are used to seeing a different version of Israel Adesanya inside the Octagon. The Last Stylebender is known for his mastery of range, slick movement, effective striking, and counter-punching.