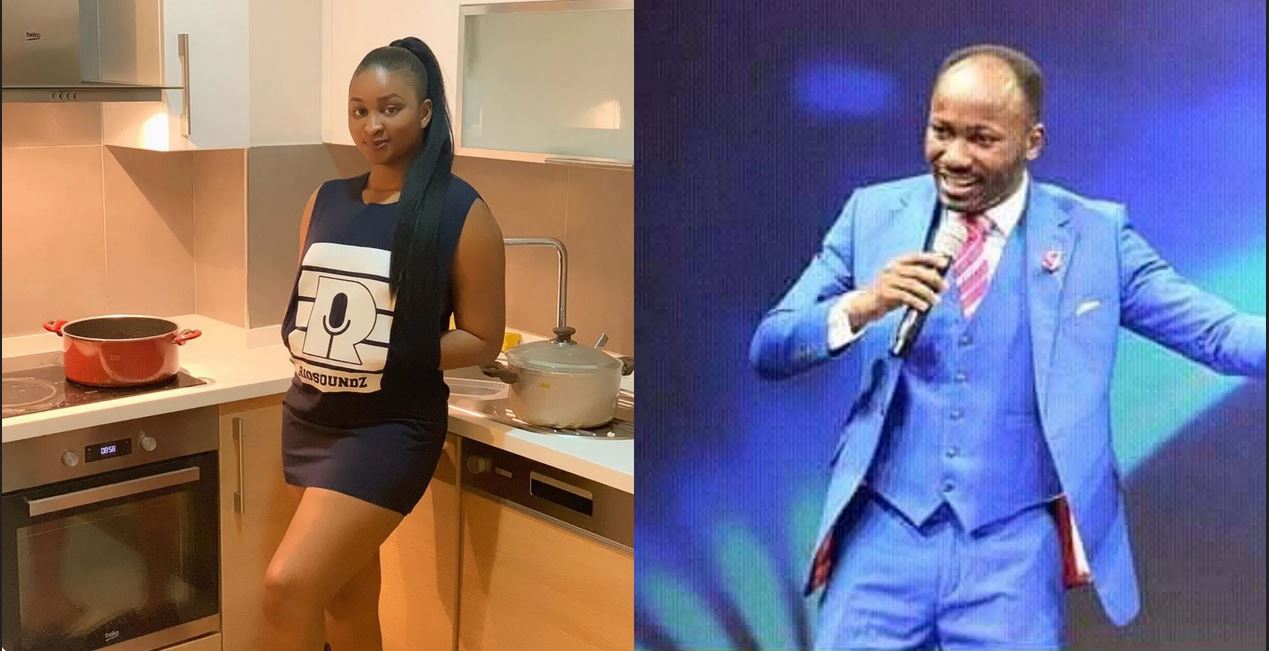 Nollywood actress, Idemudia Etinosa has taken a swipe at the General Overseer of Omega Fire Ministries International, Apostle Johnson Suleman over his recent comment about bleaching.

The cleric had described those who bleach as fraudsters in a recent sermon at the headquarters of his church in Auchi, Edo State. Apostle Suleman added that those who bleach the colour of their skin end up smelling and are prone to contracting cancer.

He was heard saying in a viral video;

“Can I give you a counsel as a boy and a girl, don’t bleach.

“Bleaching has no end, anything that moves from the original has no end.

“When you start bleaching you start smelling because you’re taking off the original layer.

“Some parts of your body react, they refuse to cooperate with you because you are a fraudster. So at that period, you start looking like a map. You are open to cancer.”

“Funny enough some men also bleach. Your mates are fans of Manchester, Arsenal and Chelsea, you are a fan of cream and you are a man.”

However taking a swipe at Apostle Suleman, Etinosa stated that there is no relationship between bleaching and the kingdom of God. She also insinuated that the Pastor’s alleged “side piece” also bleaches.

There’s no relationship between BLEACHING and kingdom of God so my uncle Suleiman go and rest. Especially when Your side piece is one of us – BLEACHING GENG member. 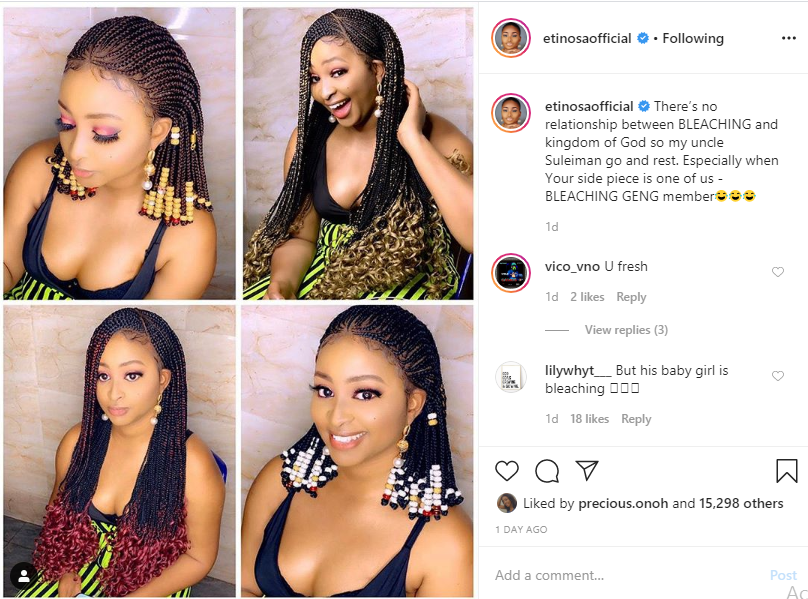