A Nigerian lady has shared on Twitter a very hilarious story about how she shot her shot at a guy. The experience she narrated has caused many to react.
The lady named Onyinye on Twitter said she wrote her number on a piece of paper and slipped it on the windscreen’s wiper of a handsome man’s car.
According to her, she had met the man briefly and he had expressed interest in her. But due to the circumstances under which they met, she could not see him again. This caused her to take a drastic step in order to ensure a date with the young, fine man.
Onyinye went on to narrate the aftermath of her brave action. According to her, he asked her out eventually and they had a marvellous time together.
Read her tweets below: 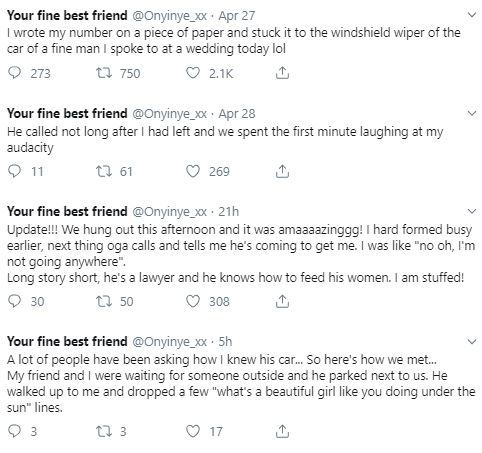