In the early 90s, only a few Nigerians will think females will also embrace being Disc Jockeys. It is known to be a male profession.

But as years passed, it became a unisex profession with a lot of females rushing to become disc jockeys.

In Nigeria, we have a lot of female DJs who are doing so well and are even competing and doing better than their male counterparts, affirming the popular that what a man can do a woman can do even better.

But out of the numerous female DJs in Nigeria today, dailynaijamode.com have sort those that are even better and have made a name for themselves in the entertainment industry.

These ladies compete to perform in big shows with their male counterparts and even get more jobs.

Here are the five Nigerian female DJs doing marvelously well in the industry: 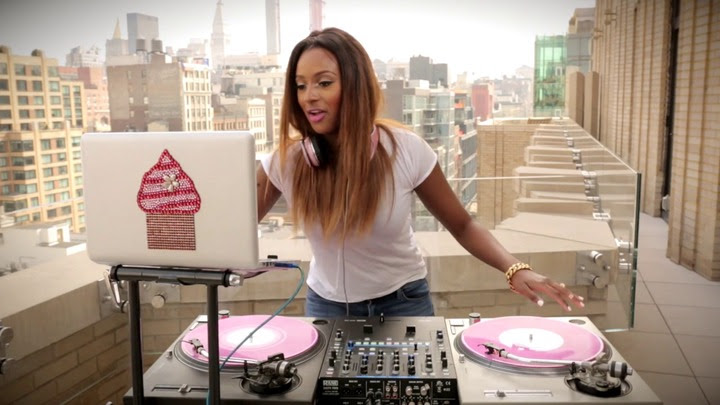 Florence Ifeoluwa Otedola was born on November 11, 1992. She is famously known as DJ Cuppy. She is a disc jockey, a musician and producer. She is the daughter of famous businessman, Femi Otedola.

DJ Cuppy lived in Ilupeju for six years before moving to Ikeja. She then moved to London for her GCSEs and A-Levels. Cuppy graduated from Queens’s College, London, in July 2014 with a degree in Business and Economics. She earned a Master’s Degree in Music Business from New York University in 2015. 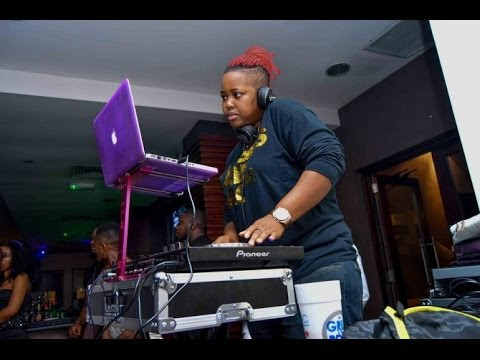 Olawunmi Okerayi is famously Known by her stage name DJ Lambo.  Her song “Drank” was produced by Reinhard and received positive critical reviews and extensive airplay. She was signed to Loopy Music in 2013 before its merged with Chocolate City in 2015. She won DJ of the Year (Female) at the 2016 City People Entertainment Awards. Nigerian Entertainment Today (NET) listed her as one of top five Nigerian DJs to watch out for in 2015.

In 2017, DJ Lambo was among the few DJs selected to play at Big Brother Nigeria’s season 2 Saturday party of the Big Brother Naija reality game show. 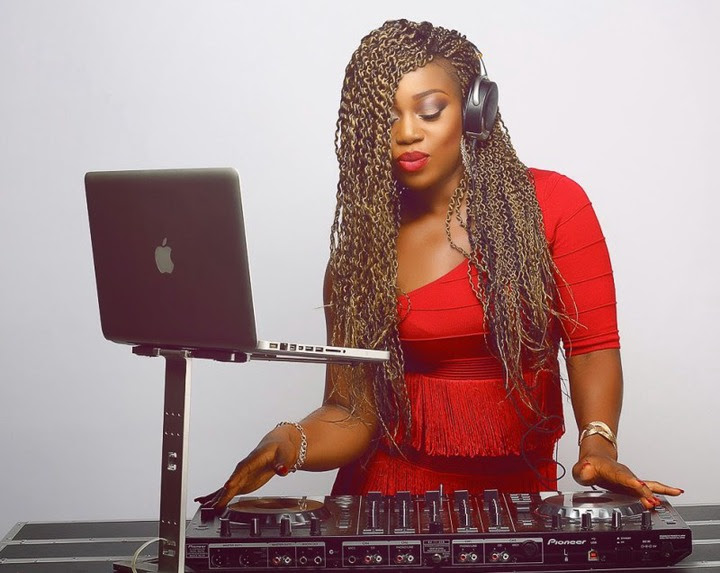 Nanayat Abedoh was born on May 14, 1990. She is known professionally as DJ Nana. She is an afrobeats disc jockey and media personality.

Nana was born in Kogi State and attended Lea Saint Joseph Secondary School in Lagos from where she went on to study at the National Open University of Nigeria.

In 2011, Nana broke into the limelight when she won the first-ever Airtel/Bacardi Cool FM DJ Competition.

In July 2018, Nana with DJ Bonny and DJ Switch was featured on the CNN Programme Inside Africa, which celebrated a new generation of African women DJs. 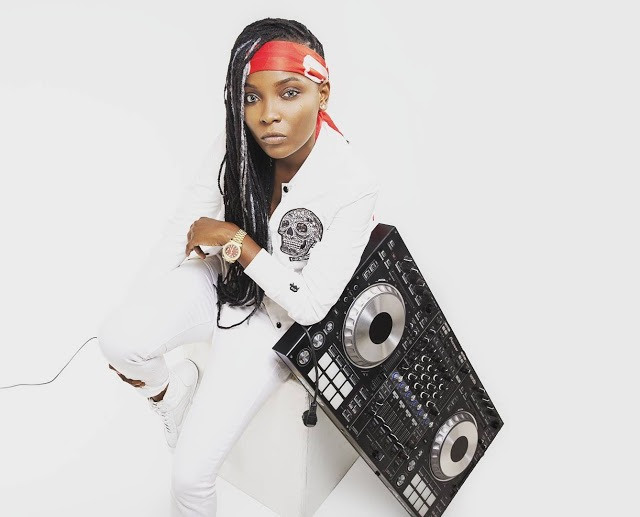 Obianuju Catherine Udeh, professionally known as DJ Switch, is a  DJ, songwriter and musician who emerged as the winner of the first edition of The Glo X Factor in 2013 at 29. She is the last of eight children from Udi in Enugu State, a graduate of Geology from University of Port Harcourt, Rivers State and now a professional DJ

DJ Switch first earned attention when her group, Da Pulse, emerged as the winner of the 2009 edition of reality music competition, Star Quest. They further went on to release a hit song titled, So Tey, and featured American rapper, Busta Rhymes in the remix. Her career kicked off fully, after she emerged the winner of the maiden and only edition of the Glo X-Factor in 2013. She was signed into a record deal with Sony Music as part of the prizes for the emergence, as the winner of the glo X factor been endorsed by Peter Okoye’s P-Classic Records. 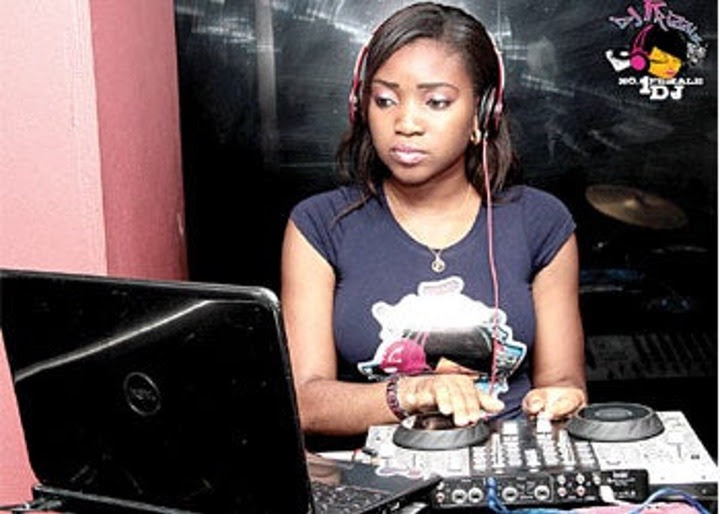 Frances Higgwe, also known as ‘Lady Engr DJ Frizzie’ started her career in 2010 and became one of the notable female disc jockeys in the country.

DJ Frizzie is a DJ, producer, singer, and environmental engineer with a Master’s degree in Water and Environmental Management. Her skills for spinning on the wheels of steel has seen her featured on the MTVBase Official Club Chart and has afforded her experience of working as a Pop Artist, Music Producer, VJ, and DJ (for radio, clubs & parties).

We hope this will help broaden your knowledge. You are free to submit your update.