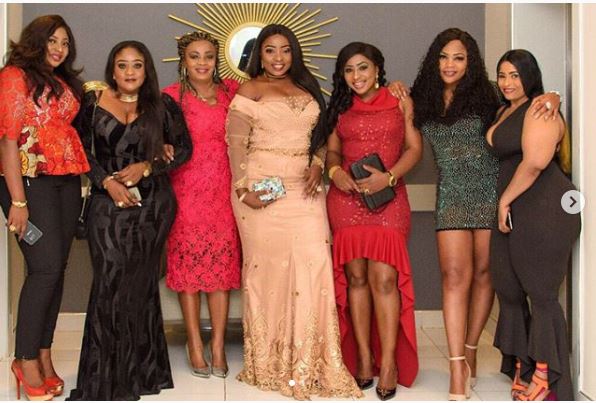 Below are some Nigerians who Publicly flaunt their plastic surgery and let the whole world know they had it while others deny any allegations about it in Public.

Below are 5 women who Publicly flaunt their curves

Tonto Charity Dikeh (born 9 June 1985) is a Nigerian actress, singer, songwriter and humanitarian. She was featured in a movie titled Dirty Secret, which generated controversy among Nigerians due to its inclusion of adult scenes. While some people criticized her role for being nontraditional and un-African, others stated that Dikeh was merely being professional.

Alice Iyabo Ojo (born 21 December 1977) is a Nigerian film actress, director, and producer. She has featured in over 150 films, and has produced over 14 of her own. Iyabo Ojo was born as Alice Iyabo Ogunro on December 21, 1977 in Lagos, Nigeria, although her father was from, Ogun state Abeokuta. She was the youngest of three children, having two older brothers. She went to school in Lagos at National College, Gbagbada, before proceeding to study Estate Management at Lagos State Polytechnic

Toke Makinwa is a Nigerian radio personality, television host, vlogger, lifestyle entrepreneur and author. She is known for hosting The Morning Drive on Rhythm 93.7 FM and for her YouTube vlog series Toke Moments. She released her book On Becoming in November 2016

Daniella Okeke is a Nigerian actress. In 2013, she starred as “Joke” in Lagos Cougars, a role that earned her the Best Actress in a Leading Role nomination at both the 10th Africa Movie Academy Awards and 2014 Nigeria Entertainment Awards