Home Entertainment News 4 Popular Nollywood Actresses Who Are Still Single At Age 40 And...

I use PiggyVest to save & invest securely. Sign up with my link and get ₦1,000.00 to start your own savings journey - https://www.piggyvest.com/?newref=1&ref=9e430199a40620
Getting married is regarded as one of the most important decisions one has to make in this part of the world and when it gets to a certain age, pressure starts rolling in from either family members or friends directly or indirectly to whoever is in question.This has, however, been the case for every unmarried person in Nigeria and probably in Africa, irrespective of their financial status or societal class.
Some Nigerian actresses have never been married also and according to some of them, they might never get married. Some of them have, however, been involved in several relationships or the other in the past which everyone thought could lead to marriage but as time passed on, they have remained unmarried.Here are four Nigerian celebrities who are single at age 40 and above.Genevieve Nnaji (41 years) 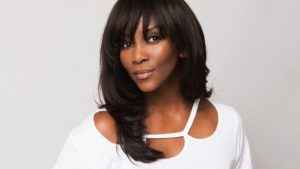 Born on May 3rd 1979, Genevieve Nnaji is a Nigerian actress, producer, and director. She won the Africa Movie Academy Award for Best Actress in a Leading Role in 2005, making her the first actor to win the award. Her directorial debut movie, Lionheart, is also the first Netflix Original from Nigeria, and first Nigerian submission for the Oscars, even though the movie was disqualified for having most of its dialogue in English.The 41-year-old mother-of-one is a girl-and-women activist who advocates for Nigerian girls to be able to have a say in who they choose to marry. She is against early marriages for the girl child. According to her, her type of feminism is one who has the right to make her own choices and do whatever she feels like.She was linked with several high profile relationships in the past, especially the most talked about relationship with singer, Dbanj, before they reportedly ended things in 2011. In a recent interview, she was quoted to have said the demand of marriage and the fear of divorce have primarily deterred her from getting married.Eniola Badmus (42 years) Nigerian Actress, Eniola Badmus popularly known as ‘Gbogbo Biz Girl’, was born on September 7, 1978 in Lagos Nigeria. She came into limelight in 2008 after she featured in Funke Akindele’s Jenifa. The busty actress is single and is one of the Nigerian celebrities who prefer to keep their relationship status private.Rita Dominic (45 years) 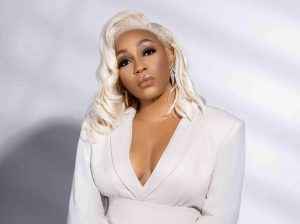 Nollywood actress, Rita Dominic was born 12 July 1975. She won the Africa Movie Academy Award for Best Actress in a Leading Role in 2012 and has since been one of the most celebrated actresses in the Nigerian movie industry.The beautiful actress, who is single, also in a recent interview by TVC explained that she almost got married but it never worked out for her. She was, however, in a highly rumored relationship with a colleague and actor, Jim Iyke but their relationship never ended in marriage.Bimbo Akintola (50 years) 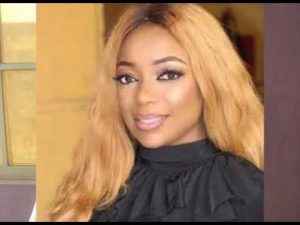 Bimbo Akintola has been in the movie industry for a very long time and has played remarkable roles in all those years. The beautiful actress came into limelight when she featured in the film ‘Owo Blow’ in 1995 alongside Femi Adebayo and followed up with ‘Out of Bounds’ in 1997 with Richard Mofe Damijo (RMD).She was nominated for Best Actress in a Leading role at the 2013 Nollywood Movies Awards. The actress, who in a report said she was not looking for a husband is also single.
CopyAMP code

Dakore Egbuson-Akande’s Daughter Zoia Turns 9! ‘I’m Honored To Be Your Mom,’ She Says

dailynaijamode - September 28, 2020 0
Sophie Rammal Alakija, Wizkid's Ex Girlfriend has shared adorable photos of herself in a post on Instagram. Can you believe she is a mother of two sons? I did not believe it either until...
Read more

Dakore Egbuson-Akande’s Daughter Zoia Turns 9! ‘I’m Honored To Be Your Mom,’ She Says

dailynaijamode - September 28, 2020 0
Dakore Egbuson-Akande is sending some birthday love! On Sunday September 20, the Nollywood actress celebrated her eldest child, Ayomide Zoia Akande, as she marked her special day. “Last Sunday 20th of September was the 9th birthday of my...
Read more

dailynaijamode - September 28, 2020 0
A middle-aged man, Idowu Moses, who was hit by stray bullets fired by men of the Nigerian Customs Service in Oja-Odan in the Yewa South Local Government Area of Ogun State, has died. Moses, a...
Read more

dailynaijamode - September 28, 2020 0
The Nigeria Labour Congress and the Trade Union Congress have suspended the strike scheduled to commence today (Monday). This followed an agreement reached with the Federal Government at a meeting which started at 8.30pm on...
Read more

dailynaijamode - September 28, 2020 0
Beverly Osu has a lot to celebrate today—OK, yes, when you are one of the most in-demand starlets of the moment and have stunningly gorgeous model DNA, you have a lot to celebrate every day. Regardless, this particular day, September 27, is extra...
Read more
https://wlbet9ja.adsrv.eacdn.com/C.ashx?btag=a_152489b_915c_&affid=9196&siteid=152489&adid=915&c=

Dakore Egbuson-Akande’s Daughter Zoia Turns 9! ‘I’m Honored To Be Your...

Dakore Egbuson-Akande’s Daughter Zoia Turns 9! ‘I’m Honored To Be Your...